As I write this update, I am told that many thousands are gathering all across the Middle East for the sole purpose of studying the Word of God and to ask the Holy Spirit to make it especially real for this time and hour. There are many Scriptures that are applicable to what they are doing and one of these is found in the Book of Acts. The setting the Apostle Peter’s sermon on the Day of Pentecost, almost 2,000 years ago. We read:

…Peter said to them, “Repent and let every one of you be baptized in the name of Jesus Christ for the remission of sins; and you shall receive the gift of the Holy Spirit. For the promise is to you and to your children, and to all who are afar off, as many as the Lord our God will call.” And with many other words he testified and exhorted them, saying, “Be saved from this perverse generation.” Then those who gladly received his word were baptized; and that day about three thousand souls were added to them. And they continued steadfastly in the apostles’ doctrine and fellowship; in the breaking of bread, and in prayers. Then fear came upon every soul, and many wonders and signs were done through the apostles. Now all who believed were together, and had all things in common, and sold their possessions and goods, and divided them among all, as anyone had need. So continuing daily with one accord…Acts 2:38-46a

Pastor R shared some of the details of what the House of Blessing missionaries have started doing. Through the gifts sent by faithful supporters, as finances allow, more Bibles are being purchased. Along with the new Bibles, the leadership of HOB has also made copies of new Bible study materials to distribute to the different locations throughout Syria, Iraq, Kurdistan, and Syria, where thousands are gathered just for the purpose of study, memorization of God’s Word, prayer, praise, and worship. 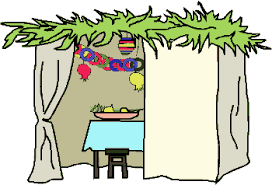 As the missionaries experienced a desire to fast and pray during the Jewish Feast of Tabernacles, or “Succoth,” Pastor R suggested that all of the students, their teachers, the teaching assistants, and the rest of the missionaries put their focus on immersing themselves in the Word of God for a few days–or as long as the Lord leads. They will again go back to the work of evangelism, incorporating all of the wonderful things that they are finding in the Word of God, teaching the rest of the untold numbers of believers in the underground HOB Christian community.

It is crucial for us to keep praying for all those that belong to the House of Blessing in this critical time in history. The world in and around them continues to move toward major military conflict. The nations in the epicenter continue to compete with one another for the massive resources found under the ground and under the sea in the Mideast. Regardless of what the world’s media reports as the reasons for the Mideast conflicts, the real reason is resources and the control of those resources. Much of the political and military leveraging, particularly in Syria, has to do with competing gas lines. First of all, there is the Turkish Stream gas pipeline which comes directly out of Russia, one leg supplying Europe and the second, Turkey. This pipeline is backed by Russia. This pipeline was also in direct competition to the Nabucco Pipeline which was to run from Azerbaijan to Europe. As it turned out, the Nabucco Pipeline was cancelled, but that did not stop the competition for getting gas to Europe. A third pipeline, backed by the U.S. was to go from Qatar, through Syria, and also on to Europe. Add to the mix the fact that Israel also has trillions of cubic feet of gas within its territory and plans to build the longest undersea gas pipeline in history, also to supply Europe. It goes without saying that neither the Qatar nor the Israeli pipeline are going to be acceptable to Russia which is desperate for revenue from its gas sales. 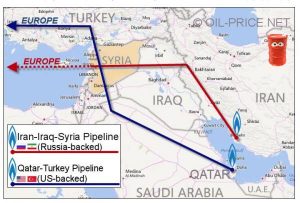 Now we read of the Kurds declaring independence for their people. With all of the other turmoil and chaos in the Middle East, this adds gasoline to a fire that is already threatening to burn out of control. Then there is the continuing Palestinian problem in Israel. As Israel tries to navigate through this minefield, threats against the Jewish State escalate from almost all of its neighbors. For anyone watching, it is clear that a major Mideast conflict is about to erupt–a conflict much worse than the so-called Arab Spring that began in early in 2011. This conflict will involve all of the nations on Israel’s border. Shortly following this conflict, if not in tandem with it, the Ezekiel 38-39 (Gog / Magog) war will erupt. This could very well become World War 3.

Once again, the only reason for bringing any of this up in today’s Mideast Update is to remind us that Bible prophecy is now unfolding very quickly. We are in the very last of the “Last Days.” We are on the precipice of the beginning of “The Day of the Lord.” Once this 7-year period of time begins, the Restrainer, the Bride of Christ, the True Church of Jesus Christ working by the empowerment of the Holy Spirit, will have been removed from the face of the Earth. The following dispensation will be a time of great trouble and judgment on a wicked and rebellious world. Also, during this time, which the Bible calls “The Time of Jacob’s Trouble”, the Jewish people will be brought to a place of recognition of the Messiah whom they missed nearly 2,000 years ago. Because of God’s promise, they will have the opportunity to be restored to the covenant which God promised their patriarch, Abraham–although at very high cost.

As the House of Blessing missionaries continue their work of evangelism in the Middle East, they need our continued support in prayer and, as the Lord leads, in finances. I am reminded of a passage of Scripture written by the prophet Zephaniah. It reads like this:

I purposely underlined the word “before” because it is found three times in this short passage. It is also notable that the phrase, “before the day of the LORD’s anger comes upon you” is used twice, the first time adding the word, “fierce”.

We are reminded many times in God’s Word not to take time for granted. We still have the opportunity to finish well! For those that would like to help support the House of Blessing, please use the PayPal button provided at the bottom of the blog site. Thank You!