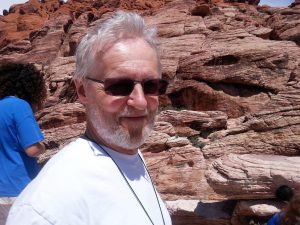 Those who have an understanding of Bible prophecy know that we have entered the most crucial era in human history. The foreshadowings of the end of the age have arrived and the warning signs are everywhere. Soon, man will see the proof that he cannot run this planet on his own. All of man’s human efforts will fail. There is not a think-tank in the world that can solve the overwhelming problems that are now overtaking the human race. The only answer comes from the Messiah himself. His declaration in John 14:6, “I am the way, the truth, and the life”  is offensive to man’s arrogant humanistic intellect. Human nature does not like to be told what to do! But, without coming to a genuine recognition of his helplessness and doom without the intervention of the one and only God, he is lost. The wars, rumors of wars, famines, pestilences, and signs in the heavens are increasing. Jesus told us that it is important for us to work at the fulfillment of the Great Commission while it is still day. The “night” is coming when no man will be able to work!

The attempt to retake the city of Mosul, Iraq from the Islamic State terrorists has been expected for weeks, but is now underway. There are about 200 House of Blessing missionaries working in the Mosul area today. They are quite aware that they need to expect the worst in the ensuing battles. Most of the world is not aware of what is really involved in this battle. Mosul is a large city of near 1.5 million people. Most of them are Sunni Muslims. Iran, however, who is part of the coalition coming in from the south, is Shiite. The Shiites, who make up about 15% of the Muslim world, have no problem removing, or killing most of the Sunni population. Turkey, however, who is also participating in this battle, and incidentally is Sunni, has been buying the oil ISIS has been stealing, and so has different interests. Then, there are the numerous terrorist militias involved, who are more than happy to kill. On top of all this is the United States forces that are now also on the ground. The chaos of a very complicated situation is already making itself known. And, in the middle of it all, are the missionaries!

One of the things that is becoming quite clear is that the people, especially the Muslim people, are desperate for true answers. Islam does not have the answers, and more and more Muslim people are recognizing this. The Christian missionaries are finding the field open to the good news through the Blood of Jesus, the only true Messiah. Because of this, the need for Bibles continues. HOB is praying for several thousand copies. 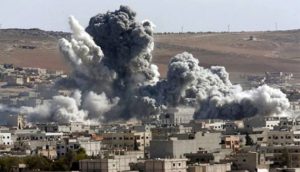 I have been covering what is happening in Aleppo for a long time. The outlook for the city is now worse than ever. Here we also see several military forces involved, and as it is most everywhere else in the world, the narrative presented by most mainstream news sources does not give the real story. One disturbing development is that the northern fleet of the Russian navy passed through the Dover Straits in the English Channel this morning. This fleet includes an aircraft carrier, at least one submarine, and numerous support ships. The ultimate destination is apparently the western coast of Syria in the eastern Mediterranean Sea. Word is that the Russian Federation intends to completely smash all forces that continue threatening Bashar al-Assad’s rule in Syria. The city of Aleppo, which was the largest city in Syria, is not recognizable today. It is hard to imagine anything being left of it when all opposing forces to Assad have been obliterated. And, as in Mosul, the Christian missionaries are right in the middle of it all.

Right now, there are at least 70 missionaries evangelizing in the Aleppo area. But that number changes nearly every day. In the last few days, 14 missionaries have been lost in Aleppo. In Mosul, at least 20 new believers were killed, and in the Fallujah area, another 8 were lost.

As the conflicts continue to unfold, the believers continue sharing the love of Yeshua with everyone they can. They also continue gathering for Bible studies, communion, and classes for those who are enrolled. There is no hope anymore in anything other than the fellowship with Abba Father and the brethren of believers that are meeting all over the Mideast. God is faithful and continues multiplying the food, finances, and other things needed. It is a great comfort to know that the Bridegroom is soon coming to call His Bride HOME! Soon and very soon.

I was sent some interesting articles found in some Christian magazines, confirming what God is doing in the Middle East. One of these articles told of how more and more Kurdish Muslims living in Iraq are turning to Christ after witnessing the brutality of extremist groups like ISIS who carry out horrific acts in the name of Allah. One of the ministry leaders in the Kurdish region of Iraq told the Christian Aid Mission that his organization can barely keep up with the desire of refugees to learn about Christ and the Bible, which has grown increasingly strong since ISIS overtook many parts of the region. “They’re just sick of Islam,” he said. “People are very hungry to know about Christ, especially when they hear about miracles, healing, mercy and love.” He added, “As terrifying and horrifying as ISIS is, they did us a great favor because they came and have shown them all the killing, saying that it’s all in the Koran verses. So now we don’t have to say much, we just say the truth.” The ministry director revealed that his organization provides aid to displaced people in tents and whatever dilapidated or unfinished buildings they can find for shelter, with need for blankets, heaters, food and diapers still being high. After showing refugees the love of Christ by meeting their needs, aid workers later bring Bibles, he said. “We just help because we love them, and maybe the next time we visit we tell them about Jesus and give them Bibles,” he said. “We believe in the power of the Word of God. We don’t have many preachers. We don’t have many missionaries, but we have the Word of God that we’re able to print, purchase and deliver to the people and their children.” This ministry director added, “The Word of God has the power to change lives with no embellishment.”

It is exciting to see the great things that God is doing. The testimony shared by these Christian missionaries to the aid workers are identical to the stories that I have been receiving from the field for several years now. In fact, these are the stories that have been passed on through this blog site. It is truly a privilege to hear from and pray with Pastor R several times a week. As director of this missionary effort, he carries a very heavy weight…a weight no man is designed to carry alone. So, we share together in conversation and then take the great burden and lay it at the feet of the Lord of the harvest. This is the same One that provides eternal life for the entire world, if we will just repent and allow Him Lordship.

Folks, I know I say this often, but we are almost out of time. Greater wars are coming, as are much greater famines, pestilences, and so much more. The powers of hell know their time is now very short. The unfolding of the seven year Tribulation, described in such great detail in the Scriptures, is now imminent. But, what is even closer yet, is the removal of the true Church from this earth. Without this event, the devil and his minions cannot unleash his worst. The true Church, indwelt and empowered by the Holy Spirit, is who the Bible has called the “Restrainer.” Once the Restrainer is removed, all hell truly will erupt upon this planet.

You and I, however, can still make a huge difference in the lives of thousands of souls. As we respond to the drawing of the Holy Spirit, we can be part of the completion of the job. The Apostle Paul put it like this in 2nd Corinthians:

…This I say: He who sows sparingly will also reap sparingly, and he who sows bountifully will also reap bountifully. So let each one give as he purposes in his heart, not grudgingly or of necessity; for God loves a cheerful giver. And God is able to make all grace abound toward you, that you, always having all sufficiency in all things, may have an abundance for every good work. As it is written: “He has dispersed abroad, He has given to the poor; His righteousness endures forever.” Now may He who supplies seed to the sower, and bread for food, supply and multiply the seed you have sown and increase the fruits of your righteousness, while you are enriched in everything for all liberality, which causes thanksgiving through us to God. 2 Corinthians 9:6-11

The days of the Gentiles are coming to a close. This door is about to be shut. Whatever we intend to do in the Name of the LORD, it needs to be done now. Whether they are reached in mass meetings, like in the photo above, or one or two at a time, time is running out. Remember, 105 souls pass into eternity every single minute! There is no coming back once a person’s destiny in eternity has been determined and sealed. God is not willing that any perish, but we have been given the privilege…and responsibility, to play our part in this great drama. Don’t miss your part!