Precious in the sight of the LORD is the death of His saints. Psalm 116:15

I received several phone calls this week from Pastor R, the third one giving me the tragic news that the three House of Blessing teachers who had recently been arrested by the Syrian government for preaching about Jesus Christ, have paid the ultimate price for their faith. For those that may not know the story or do not remember, Talaat, Hesham, and Essam had been chosen to take the place of Omar, Same, and Nader, who had been attacked and shot after a long day of teaching as they gathered together with some of the believers to discuss how the classes were going and just spend some time fellowshipping together. Talaat, Hesham and Essam had taken on the responsibility of teaching the large groups for Omar, Same, and Nader (who was killed in the original attack). They were arrested while teaching and no one knew where they had been taken. 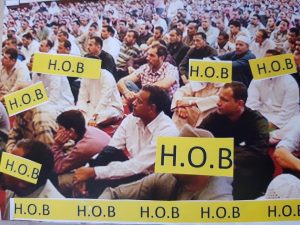 Over the years that I have been telling the stories of the HOB missionaries, I have sadly had to share the stories of others, like these men, who were taken. Many times they are never heard from again. In the case of these brethren we found out at least some of what had happened. Brothers Omar and Same were the ones who called and provided the news. Pastor R said that they were so broken they could hardly get the words out.

It appears that the men ended up in the hands of Islamic extremists who did everything they could to get them to deny their faith in Jesus, but they repeatedly refused. The men were apparently starved for a time as well as repeatedly beaten severely. Their captors demanded that they recant their faith in Jesus Christ and return to their Islamic belief in Allah and his prophet Muhammad. If they were to give in, they would be released. Finally, 150-175 witnesses were gathered for a last attempt to make them change their minds and when it became obvious that nothing was going to turn them, they were shot to death. The things these men, and so many before them, had to go through is beyond the comprehension of most of us. But, God was there and they remained powerful in their faith to the very end. Many testimonies have been given about how God has a way of lifting a person outside of what is happening in the physical realm at such times.

This story is just one more reminder of how important it is for us, especially those of us believers who still enjoy some semblance of freedom, to earnestly lift our brethren before the Lord in prayer. In spite of some changes that the media might report, people living in the Mideast do not know whether they will survive until the next day. Even though there are no accurate numbers available as to how many people have been killed since the beginning of the so-called Arab Spring in the Middle East, credible reports from the inside say that the number of dead is over one million, and that is just in Syria. A great number of HOB missionaries and those from their underground communities of believers have also lost their lives. But, the number of souls that have been reached is staggering. God’s Word has been preached, and the demonstration of God’s power has been undeniable. The underground Church is stronger than ever and the Word of God is being spread everywhere!

Many have asked about Pastor R’s condition. He said that he is taking a potent medication that has been made available to him but it is too early to tell if it will be enough. The diabetes adds complication to the healing process. But, then there is GOD! Please continue to keep him in prayer. We do want to thank the many who are faithful in their prayers. I have the notes passed on to me from many of you. I know the Lord will bless you richly for your faithfulness.

In spite of the difficulties with his health, Pastor R has been able to continue meeting with the HOB leadership on a daily basis. They depend on the God’s wisdom for the many difficult decisions they have to make. The winter needs are enormous and only God can meet such desperate needs for so many. 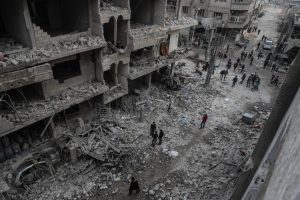 Through the news sources we hear that the bombing runs are becoming less and less, but the continual numbers of killed civilians tells a different story. Not only are the numbers of dead continuing to go up, but the total misery and devastation of families and whatever infrastructure there may have been left continues. And then there is the weather, as is the case every winter. Tents collapse, mattresses get ruined, and supplies are often nearly non-existent. The HOB missionaries have gotten good at rebuilding the tents and help as many as they can with whatever resources they may have to share.

In Idlib province, sisters Mufiedah, Fatwa and the Widow Sisterhood have treated nearly 80 of those badly injured in the missile attacks. As always, each one gives their lives into the hands of the true Messiah, Jesus Christ. Also, as they have so often found necessary, HOB has been burying many of the dead in the attempt to keep diseases from spreading. But God makes His presence known with every effort that is done in the name of Jesus. And, the harvest of souls continues to grow, seemingly by the hour.

Many of these areas, like Idlib province in the northwest and Ghouta, a southeastern suburb of Damascus, are still under great danger of Islamic militant groups. Not only are there conflicts between the political entities but also the different Islamic religious entities. The Christians are caught in the middle. As much as they try and stay out of the political and religious politics of the Mideast, Christians are still being killed and injured–many times just by being in the wrong place at the wrong time. 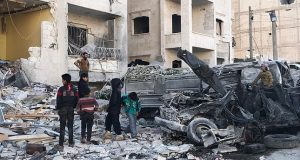 In spite of it all, there are great numbers of believers meeting in large groups, small groups, in tents, in bombed out buildings or wherever they can manage to fellowship together. They sing praises to God, they share communion, they study the Word of God, and they worship Him with total abandon. Their greatest times of spiritual and emotional refreshing are as they gather with other believers to honor the One who died to pay the penalty for the sins of the world and then rose from the dead in order to defeat death and provide eternal life to all true believers.

Munser and Fatima are working together very well. The testimony of healing and forgiveness they share is touching hearts by the hundreds. Others like Mahmoud and Fahme represent thousands that gather for times of learning from the Word of God. What is learned about the Word of God from the teachers is then shared with families, friends, and others who will listen to the Good News. The Spirit of God is touching people across the entire Mideast.

Even as there are demonstrations and protests going on within Iran, people are being reached with the message of the Messiah—the real Messiah, Jesus Christ. Today, the House of Blessing missionaries are reaching souls that are joining the millions that have been reached for Christ in the last few years in the nation. God is doing great things and the last day’s harvest is being brought in quickly.

In closing, I would like to share some thoughts that the Lord gave to my wife, Anne, a few days ago. They will speak to those going through the persecutions and hard times in the Middle East, as well as the difficulties we all go through in the West: 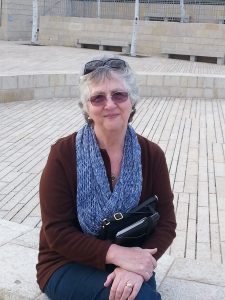 “The trials, problems, troubles, and disasters that God allows to impact our lives are for the purpose of aligning us more closely with His plans for us; more precisely, for the main purpose of bringing us closer to Himself. He always looks for a deeper impact, change, growth, result than just the correction of the problem at hand or the release from the particular trouble. He does not waste these times of agony on our part. Until the trial completes its purpose in changing us, its usefulness in the hands of His loving kindness remains. There is a prize at the ending of every trouble. Obviously, when relief comes, but also, if the trouble has done its work, a permanent change in how we live our life. But ultimately, if it is to have made a real difference in what really matters, it will have drawn us closer to Him, more dependent on Him, more trusting of Him, and more sure of our love for Him. Focusing on what is happening will take us to our knees to plead for relief. And He does hear those prayers and has a planned answer for them. But, focusing on what He is doing through the trial, will take us to His side, His throne of grace, and bring us closer to His purpose for us, to make us more and more like Him, to draw us into His presence, to teach us to pray His will, to change our vision, to grow our trust, to connect us more intimately to Him.

Any problem we face that does not cause or necessitate that we ‘die’ in some part to gain relief, is a wasted trial.

The Apostle James had this to say:

My brethren, count it all joy when you fall into various trials, knowing that the testing of your faith produces patience. But let patience have its perfect work, that you may be perfect and complete, lacking nothing. James 1:2-4

NOTE: For those who would like to help with the support of the House of Blessing, feel free to use the PayPal button provided. Thank You and may the Lord bless you abundantly.