In today’s world, particularly in Western culture, most people find it hard to believe in miracles. Yet, supernatural events do occur. It is not true that the miraculous events recorded for us during Jesus’ 3-1/2 years of ministry in Palestine and then continued by Jesus’ hand-picked apostles ended when they had passed on into eternity. Church history is laced with the accounts of heavenly supernatural interventions all through the last 2,000 years. This is part of what the Great Commission included and as we are approaching the end of the age, these special interventions are multiplying. Today’s update is the account of one of these very unique blessings by the Lord of the Harvest. But first, allow me to share a passage from God’s Word. 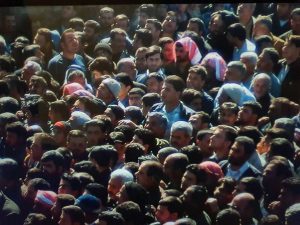 And when Jesus went out he saw a great multitude and He was moved with compassion for them and healed their sick. When it was evening, His disciples came to Him, saying, “This is a deserted place, and the hour is already late. Send the multitudes away that they may go into the villages and buy themselves food.” But Jesus said to them, “They do not need to go away. You give them something to eat.” And they said to Him, “We have here only five loaves and two fish.” He said, “Bring them here to Me.” Then He commanded the multitudes to sit down on the grass. And He took the five loaves and the two fish, and looking up to heaven, He blessed and broke and gave the loaves to the disciples, and the disciples gave to the multitudes. So they all ate and were filled, and they took up twelve baskets full of the fragments that remained. Now those who had eaten were about five thousand men, besides women and children.” Matthew 14:14-21.

For our friends in Syria a few days ago, as a line formed to receive prayer from Pastor R, the first man in line asked if there was any food available. Pastor R knew that he only had about a kilogram (2.2 lbs) of rice. As he tried to decide what he could possibly do with so little rice for so many people who were already lined up, the Holy Spirit told him to prepare the rice he had and start sharing with the people. Knowing that God sometimes works in His own mysterious ways, Pastor R did what he had been instructed to do.

It took very little time to prepare the small amount of rice and then as He was trying to figure out how the Lord wanted him to do this, he was told to give each person one spoonful. That seemed like a very strange thing to do, especially as hungry as most of the people were. But, he felt this really was God’s instruction.

As he gave the first man the spoonful of prepared rice, he noticed that there was an invisible being behind him who reached out beside his own arm and touched the man as he received his spoonful. The man was immediately affected and was obviously being blessed by the Spirit of God. Pretty soon the man could not stand and fell prostrate to the ground. As he did, the man continued to rejoice and praise God!

This same thing happened with each and every one who stepped up for prayer. Each person received their spoonful of rice and, like those before, collapsed prostrate on the ground, being blessed by the Spirit of God. Those that needed healing were also made well.

As Pastor R continued giving the spoonful of rice to each person, they soon had people scattered everywhere. One thing that was noticed early on was that the amount of rice was not being depleted. The people who had received the rice and had been blessed by the touch of the Lord, said that their hunger was totally satisfied. God’s angel had taken each spoonful and turned it into a fully satisfying meal!

Pastor R told me that by the end of the day, they had fed over 500 people! Not one left without having received the special touch of God, with every single one of them having received healing and their physical hunger satisfied. The people were so blessed that they stayed for hours, rejoicing and praising God. The blessing they experienced was much like what happened on the Day of Pentecost, 2,000 years ago! Each person that partook was, along with being healed, also baptized with the Holy Spirit.

As Pastor R relayed this story to me, he only got more excited. He said, “That was only the first day!” That very same thing had been happening now for seven days straight! 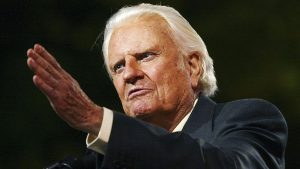 All God had required was to take the little he had and God would do all the rest. God demonstrated something that He had said years ago through the American evangelist, Billy Graham: “Little is much when God is in it.” Pastor R gave the little bit of rice he had and God’s angel multiplied it, healed the people, filled them with His Spirit and empowered them! And, I suspect God has not finished what He is doing!

As readers already know, the House of Blessing is embedded within refugee camps all over the Middle East. I suspect what has happened in Pastor R’s location will also happen in other places. In the meantime, the HOB missionaries continue helping the people by helping them rebuild thousands of collapsed or damaged tents. Every winter the weather becomes an added misery to conditions that are already nearly impossible. The weather is unpredictable, wet, and it is cold–often snowy. The need to rebuild tents is so extensive this year that hundreds of the women have gotten involved, including many like Hafezeh, Ferial, Fatima, and Mariam who have been providing communion celebrations at least five times per day. 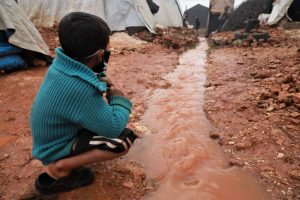 HOB has also used some funds to rent several tractors to dig trenches between the rows of tents to divert the excess water away. Pastor R said that they are trying to do the trenching in169 refugee camps. All this is done in faith. The United Nations is only helping about 40% of the refugees, at best. The Idlib / Aleppo areas have been designated disaster areas due to the extreme weather and no UN help is getting to them at all. As the HOB missionaries help the people out with their most desperate circumstances, these desperate people are more open to hear the story of the true Messiah, Jesus.

HOB has taken one other step of faith in the last couple of weeks. Pastor R has connections with men who have access to stored wheat, lintels, beans, and rice. HOB ordered 5 full truckloads of wheat and two of rice to distribute among as many of the camps as they can where there are communities of HOB believers. Past experience has proven time and again that a great harvest comes from sharing the love of God with people who have never experienced it. This is something God has called us all to.

In these last days / weeks / months, however many there are, we still have the same commission that was given to the early church. Jesus gave them this command: 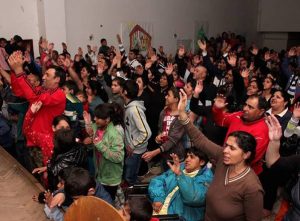 Go into all the world and preach the gospel to every creature. He who believes and is baptized will be saved; but he who does not believe will be condemned. And these signs will follow those who believe: In My name they will cast out demons, they will speak with new tongues, they will take up serpents; and if they drink anything deadly, it will by no means hurt them, they will lay hand on the sick, and they will recover.”  So then, after the Lord had spoken to them, He was received up into heaven, and sat down at the right hand of God. And they went out and preached everywhere, the Lord working with them and confirming the word through the accompanying signs. Amen. Mark 16:15-20

As I conclude this update, I am still thinking of the spoonful of prepared rice that was used to satisfy the hunger of so many people. It reminded me of the simple meal provided to Elijah the prophet when he was running for his life. That special food gave him the strength for 40 days of traveling through the desert! The same God who provided for Elijah’s desperate situation is the same one who provided this miracle for thousands of hungry and desperate people. God is good!

Thank you all for your prayers. Pastor R asked me to make a point of thanking you all. It is the prayers of His people that make the things described in this update possible. God answers the earnest prayers of His people. Thank you also for those who have helped with the funds needed for HOB’s work of the ministry! All funds coming in to this website go to the work of the House of Blessing.