I suspect I have read the eleventh chapter of Hebrews, known as the Faith Chapter with 15 verses beginning “by faith,” more times in the last four years than I had during my entire life before becoming involved with the House of Blessing. This “faith chapter”, provided a long list of many of the heroes of the faith and why they were considered such. Then, after the birth, death, and resurrection of Jesus the Messiah, the stories continue in the Book of Acts. The continuous flow of stories I have received from the Middle East in the last fifty months draws me back again and again to this well known chapter.

I have often mentioned that the 28 chapters of Book of Acts is only the beginning of the story of Christ’s church on earth. Chapter upon chapter has been added in the heavenly books since the Book of Acts was completed, continuing to chronicle the history of saints to even today.

Allow me to include a few verses of Hebrews 11 in this Mideast Update, even though I have used them several times before.

…they were stoned, they were sawn in two, were tempted, were slain with the sword. They wandered about in sheepskins and goatskins, being destitute, afflicted, tormented–of whom the world was not worthy. They wandered in deserts and mountains, in dens and caves of the earth. And all these, having obtained a good testimony through faith, did not receive the promise, God having provided something better for us, that they should not be made perfect apart from us. (Hebrews 11:37-40)

The promise that the Old Testament saints had not yet received was fulfilled in the first coming of Messiah Jesus. We, however, are not only well aware of the fact that Jesus Christ was the fulfillment of the Old Testament promises of the Messiah coming to earth, but also what His coming was all about. We also understand that the Bible promises the second coming of this same Messiah…not as a suffering servant this time, but as all-powerful God-King.

The next two verses, found in the twelfth chapter, are actually a continuation of the conversation in chapter eleven. It reads like this:

Therefore we also, since we are surrounded by so great a cloud of witnesses, let us lay aside every weight, and the sin which so easily ensnares us, and let us run with endurance the race that is set before us, looking unto Jesus, the author and finisher of our faith, who for the joy that was set before Him endured the cross, despising the shame, and has sat down at the right hand of the throne of God. (Hebrews 12:1-2)

These last two verses serve as a reality check. It is easy to become so involved with the cares of this life that we forget why we are really here. How often do we let the things of this earth, everything that is really only temporary, take all of our time and energies and finances? Yet, we have this great cloud of witnesses that apparently have some knowledge of what is happening here and are cheering us on to greater exploits as we near the end of the age.

Now, let’s look at the latest from the House of Blessing…

Most anyone who is even slightly aware of world news knows that the Middle East is experiencing chaos and general mayhem. Hundreds of thousands have lost their lives in the Middle East since the Tunisian street vendor Tarek el-Tayeb Mohamed Bouazizi burned himself to death in demonstration on January 4, 2011. His death served as a catalyst to the Tunisian revolution, which then carried on through most of the rest of the Mideast. 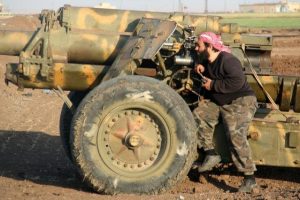 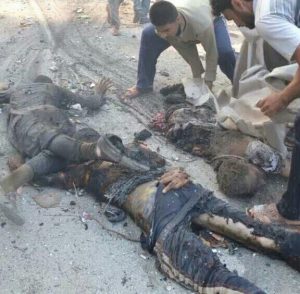 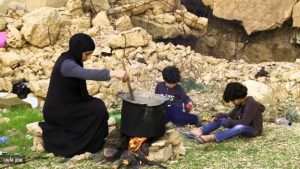 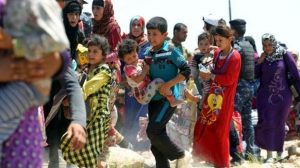 In northern Syria, Sister Mufiedah and her trained widows have continued ministering to the war injured. In the last few days, another 31 were totally healed and also committed themselves to Yeshua. Sadly, another five of Mufiedah’s widows were killed along with four of the male missionaries, and nine children. These are now in the Lord’s presence and will never suffer again.

The missionaries in Aleppo and the surrounding area have reported that there are 200-250 bombings per day. I have read numerous news reports, each one telling of more innocents having been killed. It goes on and on… Finding a safe place is virtually impossible. Yet, Sister Hafezeh was able to serve communion to about 1,200 people. These very special services usually last well into the early hours of the morning. During these times, the Holy Spirit makes himself quite real, many people being healed and being baptized with the Holy Spirit and power. Can you imagine this type of service going on in the middle of all this chaos? God is good! I might mention here that I had the privilege of hearing Hafezeh’s voice on the phone. She had come down to see Pastor R in the Damascus area to see if they could get some help with supplies so that they could continue the communion services. As I spoke with Pastor R, he put her on the phone so she could greet me. Because she could not speak English and I could not speak Arabic, she could only give a greeting. Pastor R then translated the conversation so she could understand. It was a blessing to hear her voice since I have mentioned her so often in the updates.

The situation in Fallujah continues to be very difficult. News sources tell of tens of thousands of people trapped between ISIS forces and the Iraqi army. We have become well aware of how ISIS treats people, but the Iraqi military is proving themselves to be nearly as evil. Here again, more and more news reports are coming out confirming what is being told by the missionaries themselves. Here again, among the HOB missionaries, another three men lost their lives and at least 22 believers died of starvation or from lack of needed medication. The situation is truly desperate. 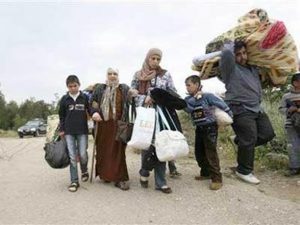 In Mosul, the situation is also very difficult. Reports have come in of another 27 House of Blessing missionaries who lost their lives. It is almost too difficult to comprehend. Yet, no matter how difficult the situations are, souls are being reached. The HOB missionaries also share what little food they have with the refugees around them. This continues to open the doors to also share the love of Jesus. The month of Ramadan is well under way and a harvest is being brought into the Kingdom of God. I am told that the missionaries are putting in 18 hour days. Each one knows that they could lose their lives anytime. Their commitment is to reach as many as they possibly can while they are still on this earth! 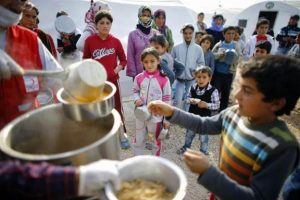 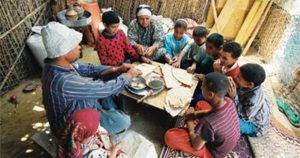 I have some good news to report also. God has provided some financial miracles in the last few days and a significant amount of money has come in for purchasing Bibles. Sadly, even many of the missionaries do not own a copy of the Scriptures themselves. Often, 60-100 people share one Bible! But, praise God, He has brought about some much needed financial miracles! More are of course needed, but we trust the Lord of the harvest to meet the needs.

As we consider what is happening in the Middle East, let’s keep the House of Blessing missionaries in our prayers. There is a great need for committed prayer warriors. The days are evil and the enemy of our souls is doing his very best to destroy as many souls as he possibly can. He knows his time is now very short. Pastor R is also always in need of prayer. He struggles much with the smoke he is constantly having to breathe from the bombings in and around the Damascus area. Yet, he continues praying for hundreds per day that come to his tent.

You and I are a part of this great story! What is being written about your life in the continued chapters of the Book of Acts? Will Jesus say, “Well done, good and faithful servant?” Choose you this day whom you will serve. Our time is now very short! Our Lord could call us home at any moment. Whatever we intend to do in our service to the KING, we need to do it now! There are no do-overs!

Until next time, in the service of our coming KING,