As believers in the Lord Jesus Christ, we are well aware of the Great Commission found in Mark 16:15-20. This is a command for believers in Jesus Christ to reach the world with the Gospel of the Messiah, Jesus Christ. We find that Luke 10:2 calls Him the “Lord of the Harvest. ” The Master is given many names in the Bible, and we can be assured that anytime a specific name is used, it is going to be a descriptor of His character. The harvest of souls on this earth is at the very core of God’s heart; after all, the Bible tells us in 2 Peter 3:9 that God is not willing that any should perish. That is in fact, the reason for the Great Commission.

We live in the most unique and tumultuous time in human history today. We also happen to be in the most prophetically active time in history. Here are some interesting facts:

As we get older, our view of life and the increasing possibility of entering eternity begins to take on more and more importance. It only takes a close shave with death to remind one that, as flesh and blood humans, we are quite fragile. A person who has never been sick in their life can get a sudden deadly infection and within days, sometimes hours, be dead. Another person, maybe a well-known great athlete, has a sudden heart attack on the basketball floor and is gone! An actor, who has done dozens of death-defying stunts in Hollywood movies, takes a drive with a friend who is driving too fast, hitting a telephone pole, and instantly finds himself in eternity!

Life as we know it is tenuous. Today we are here full energy, exuberance, hilarity, and gusto. Tomorrow, we might be gone! That should leave us with the realization that what we do today is of great importance. It is for this reason the House of Blessing missionaries do what they do, day in and day out. 151,600 souls are entering eternity every single day.

Anyone who has been reading these Mideast Updates has at least some awareness of what is happening in Syria and how it is affecting the work of the House of Blessing missionaries. Since the last update, the Daraa area of southern Syria has had transportation supplied so that many thousands of the refugees could be moved north to the Idlib area. Many of the HOB missionaries joined this evacuation. It was a blessing in disguise because many of the missionaries had traveled down to the Daraa area from the Idlib area to help minister to the fleeing masses as the crisis developed. The HOB missionaries were blessed with thousands of people who turned their lives over to Jesus, the Messiah. Even just before leaving on the busses, another 400 new believers were added to the harvest. Now that they were able to find a way to get back to Idlib, they can continue with the work of the ministry where they had left off. Many of the new believers were transported to the Idlib area as well, which means that the missionaries will be able to follow through with them as they learn to become followers of Jesus. 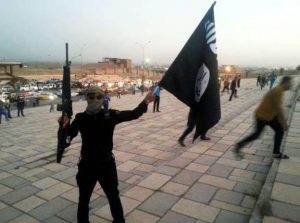 As I write this update, however, I have news items crossing my desk telling of continued atrocities in the Daraa area even after the evacuations. ISIS suicide bombers kill dozens of innocent people at a time, some of the Druze villages in southern Syria. In spite of the fact that ISIS has for the most part been defeated, there are still reported to be tens of thousands of them in the southern Syria area near Israel’s border, and they are still capable of carrying out complex attacks and counter attacks. Wherever these events happen of course, if any HOB missionaries are anywhere near, they will go straight to where the needs are the greatest.

I did receive sad news again this week. Readers will remember that there had been an attack on a large group of new believers in which some ISIS militants killed 17 of the believers, also wounding three of the leaders. It had been thought that all three of the leaders would recover from their bullet wounds, but I was told that brother Naquib (spelling ?) succumbed to his wounds rather suddenly due to gangrene. Because of this, brothers Omar and Same were taken to a hospital clinic to make sure that they were not also infected without knowing it. Let’s be sure to pray for their complete healing so they can continue their work as they so desire to.

Sisters Mufiedah, Fatwa, and the Widow Sisterhood ministered healing to another 110 of the injured, leading each one individually to the cross of Jesus in the process. Every one of them is now a follower of Jesus Christ. 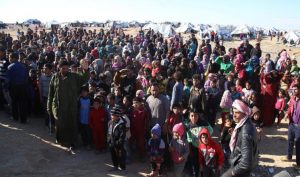 As has been a weekly process lately, some of the missionaries including leaders have continued to bury the dead. Another 85 were buried by hand this past few days, many of them having belonged to the HOB community of believers. Yet, while the burying process was going on, the work of evangelism was also continuing. While dead were being laid into the ground, another 450 were introduced into the Kingdom of God! How great is our God!

Even though the HOB believers in Iraq are not suffering the same difficulties as those in Syria due to the mass bombings, things are still very difficult for them. Iraq is going through plenty of its own problems with demonstrations, riots, and the chaos that always ensues from militant attacks. The missionaries have no electricity, no food, little clean water, no medicines, and few Bibles for so many people. This of course makes it very difficult for them to continue the work that they are doing. Sister Fatima and her helpers continue taking care of the 44 widows. They are still only able to teach and train them one day of the week until more funds come in. It is the same with Sister Miriam and her staff that are helping to care and teach the 88 children involved.

Pastor R told me that the group of former sheikhs in the Fallujah area that have been meeting with House of Blessing leaders and the respective former congregations these sheikhs had, are continuing to meet twice a week. Their hunger for the Word of God is great and they faithfully attend each and every time there is a gathering.

As I write this update today, there is still a very long waiting list of new believers that want to take the HOB School of Ministry classes. But, that is not an easy thing to accomplish in locations where there is so much chaos. Not only that, but the danger is always great. Yet, in all reality, the biggest thing holding them back is a lack of finances. HOB depends wholly upon the support of readers as yourself. There is no organized denominational backing. HOB is, however, as much a part of the Body of Christ as you and I.

Pastor R wakes up every day with a long line of people waiting for pray with him and his team which presently numbers about 30. This last week they prayed for at least 600-700 individuals per day. He himself has not been feeling the best but is continuing. He is struggling with a temperature and some weakness. But, his faith is in the Lord and the Lord continues to sustain him hour by hour. God is good!

I would like to conclude with a thought, and as I do, I pray that you can understand my heavy burden for the House of Blessing and the great harvest they are working so hard to complete. Also, as a student of Bible prophecy for many years, I have a second heavy burden and that is to stir believers to recognizing the crucial time we are living in. None of us can give a date and time for the Lord’s return but He made it very clear that we should, in fact, we must recognize the season we are in.

If we’re honest with ourselves, many of us are willing to spend a bit of time with God but we want very little to do with His harvest. Yet, as it is with any family farm, a farmer’s life revolves around his fields; so will the life of his family. So it is with God. His work revolves around His fields and His harvest; so will the work of His family!

One of the things that has crept into the lives of so many of God’s people in this generation is what we would call “Casual Christianity.” It’s easy to say that I am a follower of Jesus, but am I prepared to lay down my life for the gospel? As Dietrich Bonhoeffer once said, “When Jesus calls a man, He bids him come and die.” Ours is a faith that demands our entire allegiance; it can be no half-hearted thing. Church history for the last 2,000 years is full of the story of millions of Christian martyrs. Only God knows how many missionary children have witnessed their parents executed. Many parents had to watch their own children being brutalized and slaughtered before their eyes. It isn’t a question of whether this is a tragedy or the glory of the Church. It just is fact. Allowing Jesus to be Lord means we follow Him…anywhere…even to death.

This however is not something that most of us face; at least not yet. But, whether we face persecution or not, we must be obedient to the Master, and we must care about what means the most to the Him, and that is lost souls. Jesus paid the ultimate price to set every human free for eternity, if they will accept His free gift. This is where we come in.

Even though most of us don’t face persecution, we should not allow ourselves to be so casual about our walk with Jesus that we don’t walk in total obedience to Him. Obedience will ultimately require sacrifice, and sacrifice can have pain associated with it! Most of us aren’t asked to die for Him, but we are all asked to live for Him. He bought us with His Blood and we became His possession. It is meant to be glorious, and it is a joyful possession, but possession, nonetheless. This means that we must humble ourselves before Him. We can’t allow ourselves to be consumer Christians, forming a faith that suits our way of thinking. He owns us, and everything we call our own, is only on loan from Him… for Him, if He chooses to call for so as to further the Kingdom of God. Not our own. Are you truly His disciple?

And behold, a certain lawyer stood up and tested Him, saying, “Teacher, what shall I do to inherit eternal life?” He said to him, “What is written in the law? What is your reading of it?” So he answered and said, “‘You shall love the LORD your God with all your heart, with all your soul, with all your strength, and with all your mind,and your neighbor as yourself.'” Luke 10:25-27

Just something to ponder…

For anyone that would like to contribute to the House of Blessing, please find the convenient PayPal button on this site. 100% of the funds are used by the HOB missionaries for the work of evangelism. Thank You.