Yesterday morning, 11/30/2015, I received an unexpected phone call from Syria. Most of the time, my regular weekly call comes on Friday morning (Pacific Coast Time). Pastor R said he called because he wanted to tell me about an unusual event regarding a man named Sheikh Salem.

Sheikh Salem had been a Muslim head sheikh for many years. A little less than a year ago, House of Blessing missionaries told him about the true God and His son, the Messiah Jesus. After listening to them and hearing about the power of the Blood of Jesus which could wash away all sin and make it possible to have a living relationship with God, he became a follower of Jesus. After being discipled and trained, Brother Salem began teaching others the truths and principles found in the Bible, training them to continue the work of the Great Commission. It soon became clear that God had a special anointing on him as he became a powerful preacher for the Kingdom of God. From the day that he became a believer, he put his entire life into the commission he had received from the Lord. He also gave heavily of his own personal finances toward the needs of the ministry.

Not long ago the Spirit of God began speaking to him about going back to a mosque near Fallujah where he had taught in the past. He obeyed the Lord, contacted the people necessary, and was allowed to come and speak. Brothers Omar and Adel, and others of HOB’s leadership including Rami’s father whom I have mentioned in previous updates (also a former Muslim head sheikh), went to the mosque with Brother Salem as support.

According to the report I received, there were at least 250 men who gathered at this mosque to hear this man speak. He began by telling them that a bit over half a year ago, he had become a believer in Jesus Christ, the true Messiah. As he shared his testimony, he told the gathered men that he had not realized that for all the years he had been a Muslim sheikh, he had been teaching from a book full of lies. After he became a believer, he prayed night after night that God would forgive him for the things he had taught…but he had never known what was in the Bible, and so taught in ignorance. Now that he understood the wonderful things that are found in the Bible, he could not help but share these eternal truths from this amazing book with everyone!

After telling his story and preaching his sermon, every single man in the mosque wanted to be prayed for so that their sins would be forgiven. To make sure that each of these men understood that a true repentance is required for the “sinner’s prayer” to be valid, he took the men, ten at a time, and guided them through their prayer of repentance and submission to Messiah Jesus. After the time of prayer had been completed with each group of ten men and with the help of the HOB brothers who had accompanied him, this mosque was so charged with the Spirit of God that all 250+ shouted out at the top of their lungs, “GLORY HALLELUJAH!!”

The excitement must have been much like it was in the days of the early Church when people from all walks of life found the relief, peace, and eternal assurance that comes from having put one’s life into the hands of the only One who truly can set a man free eternally. Acts 6:7 gives this little bit of early Church history:

Then the word of God spread, and the number of the disciples multiplied greatly in Jerusalem, and a great many of the priests were obedient to the faith.

Another Scripture, found in Acts 8:4-8 gives another example:

Therefore those who were scattered went everywhere preaching the word. Then Philip went down to the city of Samaria and preached Christ to them. And the multitudes with one accord heeded the things spoken by Philip, hearing and seeing the miracles which he did. For unclean spirits, crying with a loud voice, came out of many who were possessed, and many who were paralyzed and lame were healed. And there was great joy in that city.

The history of the Church, from the very beginning, was of thousands and then eventually, millions finding the Messiah for themselves. This is exactly what is happening all over the world today. The fastest growth of the last generation Church is found in the Middle East. It is exciting, encouraging, but the story which tells the miraculous growth of the Church of Jesus Christ today–as it always has been, is bathed in the blood of the martyrs.

The morning after this great event at the mosque, brother Omar went to where his friend was staying, and as he walked down the road, he found Brother Salem lying in the road.  He had been knifed and left to die with the knife still in his body.

Jesus told us, “The devil comes to kill, steal, and destroy, but I have come to give you life, and life more abundantly.” The work of this man on this earth, has been completed. He was obedient to the call of taking up his cross and following his Master. He is now experiencing the joy of his Lord along with over 700 other HOB volunteer missionaries that have given their lives in the last 45 months. The fruit of his ministry however, will continue until the Lord calls us all home! These 250 men who submitted to Jesus Christ will now all reach their families and friends with the same message. Jesus said this in John 12:24-26:

Most assuredly, I say to you, unless a grain of wheat falls into the ground and dies, it remains alone; but if it dies, it produces much grain. He who loves his life will lose it, and he who hates his life in this world will keep it for eternal life. If anyone serves Me, let him follow Me; and where I am, there My servant will be also. If anyone serves Me, him My Father will honor.

The first step in the “dying” process, is to totally submit to the will of the Master. This does not always cost a physical death, but sometimes it does. In Brother Salem’s case, he became a martyr for his faith in Jesus Christ.  Photos of Brother Salem prior to burial are included with this update. Though the photos are graphic in nature, they are included here only to touch on the reality of the story of his death. We will again see Brother Salem when we reunite in the Kingdom.

The question I must ask myself is: “Am I that sold out? Are you?”

As I received this story by phone about two hours after Brother Salem had been buried, other House of Blessing missionaries were putting their lives on the line as well. A number of them were killed with over twenty new believers killed in the area where Sister Mofidah and her band of widows are ministering. Two more HOB missionaries were killed in Syria and three in Iraq, murdered by ISIS terrorists in the final three days of November.

The work continues in all areas. Pastor R continues to urge care in how the HOB missionaries do their work. Taking care to listen to the leading of the Spirit of God to avoid some of the traps set.

Please continue to pray…earnestly. Pray for more souls to be reached before it is too late. Pray for the enormous needs to be met. Pray for the protection of the missionaries. The war continues to increase in size and intensity. The conflict is only going to get worse at this point. But God is always in control! Of everything! He is worthy of all our praise and worship! 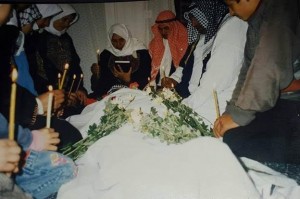 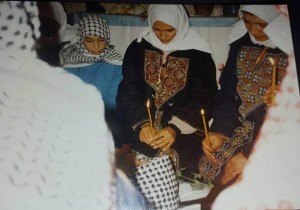 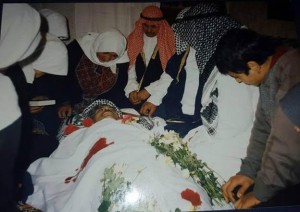 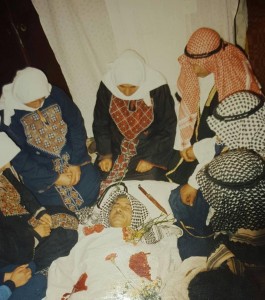