As I write what is likely to be the last Mideast Update of 2017, I can’t help but think of how God is fulfilling the promises of His Word. In Acts 2:17 we see a repeat of what the prophet Joel was told in the Old Testament concerning the last days:

We know that the early Church experienced explosive growth after the Day of Pentecost. The Scriptures also indicate that there is to be a great harvest just prior to the return of the Messiah, Jesus Christ. Just as the land of Israel experiences early and latter rains in their harvest season, so the Church of Jesus Christ was foretold to experience the same. 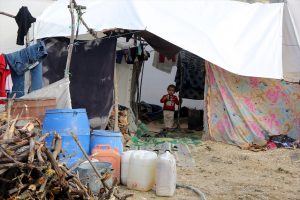 Many locations in the world are experiencing a great harvest of souls today, possibly none greater than in the Middle East. In spite of unspeakable persecution, people are coming to Christ in great numbers. Added to the persecution is the continual cycle of weather to deal with each passing year. In the summer, it is the extreme heat, and now that winter has begun once again, the refugees and the missionaries embedded with them deal with cold weather and exposure to the elements. Along with that come the illnesses of the winter season. 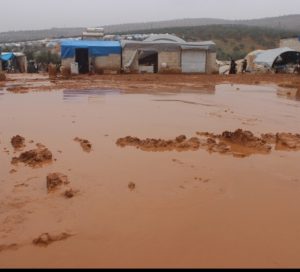 Pastor R continues to pray for between 200-500 people per day. In a phone call I received a couple days ago, he said that the people who come for prayer have all kinds of sicknesses, some of them seasonal, others of a more chronic nature. Often, Pastor R gets sick with some of what he has been exposed to but the Lord keeps lifting him back up again. Many of you have shared with me that you pray for him every day and God continues answering these prayers. He has asked for prayer for a recurring throat infection. He has also said that his legs have been turning colors. For those that don’t know, Pastor R has been confined to a wheelchair for several years since having been nearly killed in a most severe beating by a number of Hezbollah militants. God has, however, sustained him through that attack and several others since. I believe God will continue to sustain him until his task has been completed. That is God’s promise to all of those who entrust their lives into His care.

Pastor R’s twelve personally trained men were able to bring another 700 into the Kingdom of God this last week. Along with their preaching and teaching, they set up many tents for the first time for refugees and reset many that had come down due to the weather. The work of the ministry, both spiritual and physical continues day after day. 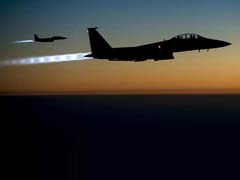 News reports and eye witness accounts by the House of Blessing missionaries located in the Idlib province area confirm that even though the Russian military has been said to be stepping their presence back in Syria, the bombing runs by Russian planes have not stopped. Even though it is mainly terrorist locations that are being targeted, there continue to be many civilian casualties. I received a report of one of these bombing runs in which many civilians lost their lives, 17 of whom were members of one family who belonged to the HOB community of believers. These people have today not all been buried because the missionaries would like to give them a Christian funeral. Tragedies like this once again remind us of how important it is for us to remember to pray for our Christian brethren, even when we don’t know them personally. 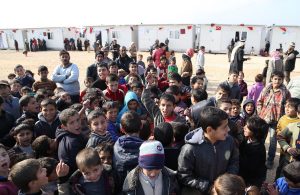 Between the two of them, Mufiedah and Fatwa, of the Widow Sisterhood, ministered to another 19 war injured people. As they helped them with their physical needs, they also led each one in the sinner’s prayer and they became new members of the Kingdom of God.

Sarah and those working with her were once again able to minster to about 220 this last week. Along with ministering to their spiritual needs, they also help with other necessities as far as their meager supplies will stretch.

Also in the northern part of Syria, Pastor R was able to get enough help to Hafezah and Ferial so that they could resume their communion services. It is reported that they have had well over 600 gathering with them for these special times of spiritual refreshing.

In the Damascus area, three brethren were picked to take the places of Omar, Same, and Nader who had been shot after a teaching session. These three are Hesham, Tallat, and Assem. They have continued to share with many families about the love of God and the death and resurrection of Jesus Christ. They had reportedly ministered to about 700 in the last week or so when they unknowingly found themselves in the home of one of the Syrian government officials. This man turned them over to officials and they were arrested by Bashar Assad’s government forces. To this point no one knows where they now are or what is happening to them. This is, of course, once again a great blow to the House of Blessing missionaries. They are asking for earnest prayer for these three men. I was reminded by a friend and supporter of HOB who lives in the UK that the Apostle Peter was taken captive early in the life of the Church. The patriarch Joseph was also taken captive in the book of Genesis. God’s people have often experienced difficult things but God is always in control. One way or another, God sees to it that His plan is carried out. Sometimes the Lord will even decide it is time to bring His trusted servants home. Let’s do keep these men in our prayers until we find out where they are and what their status is. 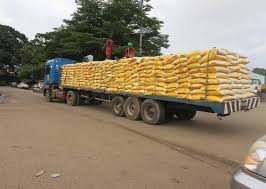 In the Fallujah area, Adel and Khaled were able to bring in a flatbed truck load of wheat and distribute it to about 1,200 families. Starvation is a huge problem and the missionaries do what they can to feed as many as possible. They would at least like to buy enough time so that they can reach them with the Good News of the Gospel before they enter eternity.

Also in the greater Fallujah area, the testimony of forgiveness and restoration continues to change thousands of hearts everywhere. Now 2,200 regularly attend the Bible classes. These people study about eight hours every day, and a meal is prepared for each of them! Pastor R also told me of a teacher named Mahmoud who has 800 that he is teaching regularly! The hunger for the Word of God is so great that it seems the people cannot get enough! 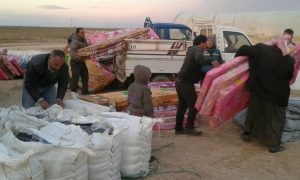 In the Mosul area, Akram and Mustafa were able to get ahold of a large amount of used blankets and mattresses as well as some food. They were able to distribute these to about 2,000 families that desperately needed help.

Another supply of used blankets and mattresses was also made available to the HOB missionaries in the Kurdistan area. At least 500 families were supplied there and each of them also was given the Good News of the soon returning Messiah, Jesus Christ. Many are being reached every single day.

In Tal Afar, Yousef and Ahmed (not the same as the earlier Ahmed mentioned), distributed supplies to about 850 families of refugees, including a half truck load of wheat and other foods like beans, etc. As in all other areas of distribution, the Word of God is shared with anyone and everyone possible. The fields truly are white for harvest today! 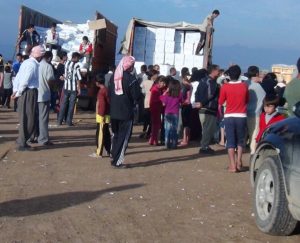 In Iran, I am told that the Christian leaders, Mortadah and Sahbander received a miracle supply of necessities that they were able to give out to over 400 families. As everywhere else, the people are very anxious to hear the Good News and are quick to earnestly pray the sinner’s prayer and accept Jesus Christ as their Lord and Saviour.

As I close this Mideast Update so close to the end of 2017, I want to thank all who have prayed so diligently for the House of Blessing, their leadership, and their wonderful, loyal missionaries. HOB also wants to thank all of those who have given so sacrificially. Every single gift has been prayed over and used very carefully as the Holy Spirit has led. 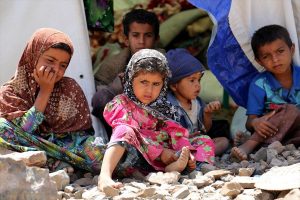 We, the generation of believers alive today, are living in the most unique and prophetic time in history. This is because we are the generation that will witness the return of the Messiah, Jesus Christ. We still have the opportunity to finish well. Soon we will be standing before our KING and will receive the rewards for our faithfulness. I, and many that are reading these words, am quite anxious to see our Redeemer in person. We will thank Him for the incredible sacrifice He made for our freedom from sin, and for providing an eternity to worship Him in His glory.