As one reads the epistles in the New Testament, there are numerous reminders by Paul for the churches to keep him in prayer, usually because he was being held in custody somewhere for preaching the gospel of Christ. One of these examples is found in Colossians where he ends his letter in 4:18 with,

“This salutation by my own hand–Paul. Remember my chains. Grace be with you. Amen.”

For many Christians who still have freedom to worship as they please, this is hard to grasp; in fact, for many, it is too unpleasant of a thought to contemplate for very long. Yet, the Bible tells us to pray for our brethren as if what they are going through is what we ourselves are going through. 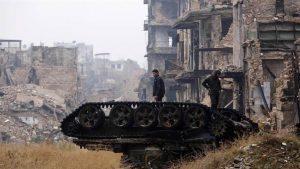 One theme that has continued through the years that I have had the privilege of sharing these Mideast Updates for the House of Blessing missionaries, is the desire to reach more of the lost. It has not mattered to these brave folks how bad things have gotten on the ground, they keep right on sharing the love of Jesus with those they are embedded with. Many have had opportunities to leave and move to safer locations, but have refused for fear that those they have been placed with will be lost.

In the Colossians passage above, the verse just previous to the one Paul ended his letter with is one that I have not been able to get out of my mind for several days. Colossians 4:17 reads like this:

“Take heed to the ministry which you have received in the Lord, that you may fulfill it.” 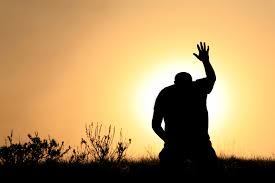 We are all just passing through this short physical experience called life one time. It is important that we are faithful in whatever it is that our Master has called us to. Most that read this update are not located on a foreign field as a missionary. But, we are all called to serve in some way. Has the Lord called you to pray? (Actually, we are ALL called to pray!) Has He called you to be a support? Different people have been called to serve in different ways. Every part is necessary and is a part of the whole.

Now to House of Blessing…

In the last couple updates, I have been telling a story involving two men who have recently graduated from the House of Blessing School of Ministry. These two men, Omar and Same (Sammie) have seen God advance His kingdom again and again. What started with one mosque of men reached with the Gospel of Christ, has spread to a second mosque and now a third!

The number of men reached with the Good News about the Messiah and His gift of salvation and full forgiveness of sins is now well over 2,000. This is not accounting for the families that are now being reached by the new followers of Jesus Christ. One thing that has amazed hundreds as they watched, is the healings of dozens of people. These are the kind of healings that cannot possibly be denied, they are so obvious. 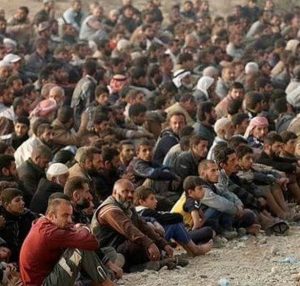 As a result of the outpouring of the Spirit of God on these two men, many sheikhs who have been teaching in their mosques for decades, have become believers and are now learning what the Bible teaches as quickly as possible so that they can continue to teach their own congregations, only now, using the one and only Book that contains the genuine Truth as God has inspired it. As of the last information I received from Pastor R, all three of these mosques are being turned into Christian churches. Now, that is amazing!

This is of course also dangerous. Pastor R is urging Same and Omar to be extremely careful because the more people that become believers, the more they will be sought out by those that consider them infidels. In Islam, this calls for the death sentence. Along with urging these men to be extra careful, he is also asking Christians around the world to please pray for Same and Omar’s protection from the evil one.

There is no lack of Islamic fanatics that would like nothing more than the opportunity to murder one of these men or the people they have recently reached with the Gospel. But there are other dangers as well. While I was reading the news coming out of the Middle East, I noted that Russia has done some of their heaviest bombing in and around Damascus and its suburbs. Many of the missionaries and international aid workers have been caught in the wrong place at the wrong time, including HOB missionaries.

While the miracle of so many of the lost being reached in and around Damascus continues, the HOB missionaries area also in other locations. Northern Syria is still experiencing a tough winter, especially for the hundreds of thousands trying to survive in tents. Week after week hundreds of the tents continue to collapse, either from snow, rain storms, or wind. If the people manage to survive starvation, they often die of exposure. The missionaries do their best to help as many of the people as possible, sharing the love of Jesus with them in word as they show the love of Jesus in deed. Mufidah and the Widow Sisterhood continue week after week, ministering to some of the most critically injured. God continues to work through them to bring healing, while also bringing them to the feet of Jesus in repentance.

Mosul and Fallujah both continue to be very difficult areas. In Fallujah and the surrounding area, ISIS is mostly defeated, but there are many other extremist groups that are more than happy to kill any Christian believers they can find. Unfortunately, this sometimes is the case even with some of the Iraqi soldiers. The Christian community has to be very careful in what they do.

At the time of this writing, Mosul, Iraq is still only partially liberated from ISIS, and it does not look like the liberation process will be complete for some time yet. Dozens of Christian missionaries and new believers are killed in both Fallujah and Mosul each week. Death is very much part of life in the Middle East. Yet, in spite of the chaos, confusion, and carnage, there are hundreds of souls reached. The people are desperate for ANYTHING that offers some hope. The people see nothing but a continuous stream of death from the different sects of Islam. The Good News of a God that truly has proven His love for mankind by providing the assurance of forgiveness and an eternal inheritance to the repentant heart, is the best news these people have ever heard! So, they gladly bend their knee in humility and submission to the God of Abraham, Isaac, and Jacob, even if it ends up costing them their physical lives at the hand of the jihadists. They know what God has promised them for eternity!

Another part of the continuing story is the special communion services that continue week after week. Over 1,000 met for communion with Hafezah and her helpers in Syria and 800 or so with Fatima and those who minister with her. The day is coming soon when we will all be sharing in a special celebration dinner with the One who paid the price of freedom for each of us! Even so come, Lord Jesus!

But until that day, we will continue trusting Him to help us finish well!