I begin this update with news of Pastor R. I received two calls from him this past week. As readers know, Pastor R has struggled with a number of physical issues. Not long ago I shared ‘before and after’ photos of his feet which had become infected and progressed to gangrene. The prayers of many were answered as evidenced by the photos, and God is continuing this miracle as I write this update. Pastor R has also had continued problems with his heart for a number of years. This past week, his heart condition became more acute and the doctors had to step in and curtail most of his activities.

Because the ministry of the House of Blessing has grown to the extent it has, and because the needs for the ministry are so great, Pastor R has been having five or six, sometimes as many as eight meetings a day with HOB’s leaders, to plan how best to continue their work. The doctors noticed that these meetings were causing a great deal of stress as Pastor R’s blood pressure would get dangerously high afterward. The hospital staff has said that they intend to help him get better and will not watch him kill himself with stress. So, they decided to stop Pastor R from having any of his meetings. To enforce this, they have put two armed guards at his door to keep everyone out of his room. They have allowed him to keep his phone but are limiting him to one or two short phone calls a day. Pastor R has asked for special prayer that he would receive a touch of God on his heart so that he can get back to doing what he feels he has been called to do while the window for harvest is still open. God is healing his feet; He can heal his heart as well!

As I share a quick report with you about the work of the missionaries of the House of Blessing, I cannot help but think of the terrible things going on in northern Syria, and especially in the East Ghouta area not far from Damascus. Photos that are in abundance don’t tell the deep sorrow, gut-wrenching grief of the innocent civilians that have lost brothers, sisters, mothers, and fathers. Large numbers of children have to be buried every single week. In Ghouta, and many other places like it, the HOB missionaries continue to do their best to minister to these people. I again heard how an untold number of people were reached with the Good News of God’s forgiveness for sin provided through the Blood of Jesus Christ and the eternal life He has prepared for any that will recognize Him as Lord and Saviour. These people prayed the sinner’s prayer, quite often just minutes before death. They, just like one of the thieves on the cross next to Jesus, were taken into paradise as they breathed their last.

Pastor R’s personally trained twelve men spent a great many hours burying the dead this last week. The House of Blessing is not able to rent a tractor at this time and so the only way to bury the victims is by digging graves by hand. At the time of the phone call I received, they had buried 120 bodies, including 38 children. According to news sources, there have been many more casualties.

In northern Syria, Fatwa and her helpers treated 52 of the badly injured while Mufiedah and the widows working with her treated another 38. Every single one of these people have been brought into a knowledge of Messiah Jesus and they asked Him to be Lord of their lives!

Sarah and the 55 that are helping her gathered 670 people together to minister to them. Many of those that gather with her have experienced the kind of losses she herself experienced before she met the Messiah herself. Most of these people are individually prayed for. Most of them become followers of Jesus before the crowds go home. How amazing, and it continues week after week!

With gifts that have come in from supporters of the House of Blessing, a truck load of wheat was purchased and the HOB missionaries, by working around the clock, were able to provide at least enough wheat to make a handful of meals for over 70,000 people. As the food was distributed by brothers Same and Omar along with the many helping them, the missionaries were able to share the love of God with the people. Reports coming in confirm that many thousands have come to Christ through just receiving a little wheat for food. Just as Jesus took food, multiplied it, fed the multitudes and then taught them, the House of Blessing missionaries provided wheat for the people and God stretched it to feed over 70,000. As a result, the people recognized Him as the true Messiah! This story happens again and again. Nothing we do in the name of Jesus is ever in vain! How significant it will be for those who listened to the Lord when He asked them to help with the work of this ministry. The gifts, no matter how large or small, always bring souls into the Kingdom of God…and, multitudes of them!

In the previous update, I told the story of how four head-sheikhs, Mefliah, Radi, Taher, and Shaher, had spent over two years in captivity to ISIS militants, but then were able to escape. They are now reunited with the House of Blessing community of believers and I am told that they are enjoying learning about the Beatitudes of Matthew 5:1-12, along with the four head-sheikhs who had found them.  These four had become believers in Jesus Christ themselves—along with their entire congregations, totalling over 3,400 Muslim men. All of these have joined the very large number that now belong to the HOB underground Christian family of believers. 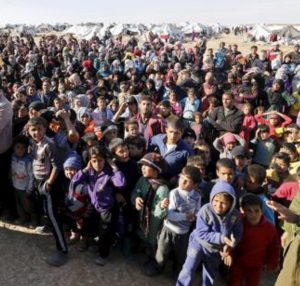 I think it is difficult for many people to comprehend the large number of people who are being reached with the Gospel of Jesus Christ today in the Mideast. The West has heard the Gospel of Jesus Christ for centuries. The United States, although only 242 years since its independence, and Great Britain, from whom America won its independence, have between them evangelized most of the known world. But today, most of the Church has lost its first love; it has become corrupt, compromised, lukewarm, and many of the denominations are nearly dead–just as described by Jesus Christ in Revelation 2 and 3. So when we hear of the huge multitudes responding to the gospel of Jesus Christ in third world countries, we find it unbelievable! In fact, many scoff. That is sad because what we are witnessing today is exactly what was prophesied to happen in the very last of the last days.

What a privilege we in this generation have to be witnesses of the great things God is doing today! When I was speaking with Pastor R t, he told me that the harvest of souls is so great that it is spreading as fast as a wildfire. People are coming looking for the missionaries now. Everyone knows about them and they want to know the Messiah they are serving! Pastor R told me that the the HOB underground church numbers in the millions and has spread way beyond the borders that he was aware of. God did this!! And, we are the ones that get to witness it…and, we get to have a part in it!

All over the Mideast, there are believers meeting in gatherings of all sizes, from small intimate meetings within refugee tents to meetings within bombed out buildings where there might be thousands. They are in shelters, caves, out in open fields or the open desert. Wherever they can gather, they do. They study, they learn, and they memorize their teachings and especially the Scriptures. They have few Bibles for the many new believers, so they memorize, memorize, and memorize. They hide God’s Word in their hearts! And, God honors them for it! 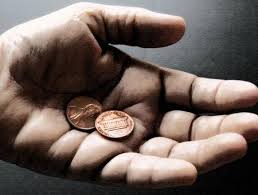 But, they need our prayers every single day. It is God that has instructed us to pray for the brethren, wherever they are. As the world is heading toward climactic events, it is more important than ever for us to look at life and the place God has given us in it through His eyes instead of ours. Maybe it is time that we recognize that we were put in the generation we are in by the sovereign hand of God. The only way any of us really find fulfillment in this life is if we follow through on what we were put here for by the One who put us here.  I know there are some who give again and again. They know that everything on this earth is going to burn. Others however, have forgotten what this life is really all about. Only what we have done in the Name of Jesus and in obedience to His leading will have any value in eternity. We still have time to be part of what the Master is doing on this earth…but time is quickly running out.

“We have all eternity to celebrate our victories, but only one short hour before sunset in which to win them.” Robert Moffatt

Many wonder what is safe to invest in, especially during the financially volatile times today. There are many ways to invest what God has entrusted to us, but anything that is invested can be lost, and that can happen almost instantly. There is only one investment that can never lose, and that is the investment made into the Kingdom of God by the direction of the Spirit of God. It is assured to gain exponentially. No one in the House of Blessing staff receives a salary. Everyone lives totally by faith. Every dollar goes to the work of the ministry. 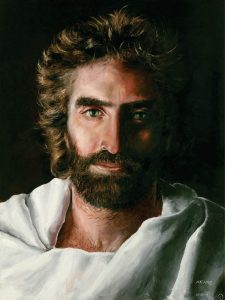 Please pray, pray, and pray some more. And, if the Lord asks you to help the ministry of the House of Blessing financially, please do so. Not because of this update, and not for the House of Blessing, but because the Lord has laid it on your heart. It is a forever gift! It is only during this earthly life that we have the privilege of participating in the evangelism of a lost and dying world, and that time is now nearly gone! Let’s finish well…

Do not be deceived, God is not mocked; for whatever a man sows, that he will also reap. For he who sows to his flesh will of the flesh reap corruption, but he who sows to the Spirit will of the Spirit reap everlasting life. And let us not grow weary while doing good, for in due season we shall reap if we do not lose heart. Therefore, as we have opportunity, let us do good to all, especially to those who are of the household of faith.  Galatians 6:7-10