As the Lord promised, He has anointed His people to preach and teach the Word of God with great power and authority in these crucial times. Ramadan 2017 has become a time of great harvest for the Kingdom of God. The “multitudes in the valley of decision” which the prophet Joel spoke of in the Old Testament, today are streaming into places where House of Blessing missionaries are sharing the Word of God. It takes little convincing in these chaotic times for people to see the difference between the hatred demonstrated today, especially by the violent Islamic jihadists, and the message of love and forgiveness that the Almighty Creator has to offer as a free gift to anyone who will recognize it and bow his knee and accept.

Just as was the case during the time Messiah Jesus walked the dusty roads in Israel 2000 years ago when His enemies, the Scribes and Pharisees, dogged His every step, threatening to kill Him at almost every turn, the HOB missionaries face violent enemies in the Mideast today. In spite of the most incredible miracles people in the area have ever seen; in spite of the love of God being poured out on any and all that will receive it; and in spite of the hundreds of thousands that have been fed, the killers are always close at hand, ready to kill anyone who dares preach about a God other than Allah, or his prophet Muhammad.

But the missionaries continue day after day. During Ramadan, they evangelize nearly 20 hours a day. The weather is now hot and people are awake into the early hours of the morning, usually until about 4 a.m. or so. I am reminded once again of the astounding things that happened during the early years of the Church after the Day of Pentecost. In the last update, we visited the Scripture references in Acts 2 and Acts 4 where the Holy Spirit moved upon 3,000, and then another 2,000 men as the Apostle Peter preached. Let’s add to what we have already looked at by turning to Acts 10: 34:

Then Peter opened his mouth and said: “In truth I perceive that God shows no partiality. But in every nation whoever fears Him and works righteousness is accepted by Him. The word which God sent to the children of Israel, preaching peace through Jesus Christ—He is Lord of all–.

…While Peter was still speaking these words, the Holy Spirit fell upon all those who heard the word. And those of the circumcision who believed were astonished, as many as came with Peter, because the gift of the Holy Spirit had been poured out on the Gentiles also. For they heard them speak with tongues and magnify God. Then Peter answered, “Can anyone forbid water, that these should not be baptized who have received the Holy Spirit just as we have?” And he commanded them to be baptized in the name of the Lord…Acts 10:34-36; 44-48

House of Blessing missionaries in Syria, Iraq, Kurdistan, and Iran are experiencing the same thing that we read about in the Book of the Acts of the Apostles in the city of Jerusalem 2,000 years ago! Omar and Same, just two of the HOB missionaries, at the beginning of Ramadan, saw several thousand reached with the Gospel of Jesus as 3,000 men and then another 2,000 men cried out to God with the sinner’s prayer. Then of course, these 5,000 men went out to share the good news with their wives, children, relatives, and friends. Only God knows the full number—just since the beginning of Ramadan, 2017.

In the last few days (remember Ramadan began just over two weeks ago), another 1,700 were reached in the same area with the Gospel. The celebration is great, and the stir among the people is enormous. We in the West cannot even imagine this happening right in the middle of all the Mideast chaos! This is no small thing!

The explosive ministry of Omar and Same is not the only example of the great harvest being brought in. There are faithful HOB servants of our Master scattered all over the Mideast, but we have accurate reports from only some of these brothers and sisters. The Holy Spirit continues to bring hundreds to hear Sarah as God gives her a supernatural ability to comfort those who have lost children or close loved ones in this horrid so-called “Arab Spring.”

The special 12 “disciples” that Pastor R raised up recently have gone on to great exploits, just as the Scriptures promised. They have reached about 350 more in the last few days. Adel and Khaled and the team working with them in the Fallujah area brought another 320 to the feet of Yeshua, the Messiah! 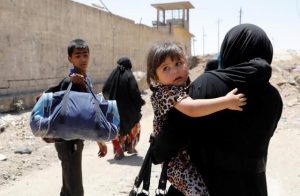 Akram and Mustafa and the missionaries working with them, even in the midst of the worst of the continuing disaster in Mosul, were able to bring 1,200 souls into the Kingdom of God! In Kurdistan, an additional 170 were reached and in western Iran, still another 130! There are of course a great many other “Koinonia Groups,” small groups of all sizes that are followers of Jesus. They are scattered all over the Middle East, including Jordan. God is keeping track of every single one of these believers. We need to keep them in our prayers.

Along with the miracle of the thousands that are finding Jesus Christ as Saviour, there are those who are killed because of their stand for Jesus.  Approximately 300 of the missionaries and new believers were lost just this last week! We need to stop for a moment and think about this. Most of us in the West celebrate when we have a great revival service and 5, 10, or 20 are reached. Don’t get me wrong, every soul is of incalculable value. But, we aren’t used to thinking in terms of hundreds or thousands within days. Nor are we able to imagine 300 of our believers lost within a week! Yet, this is what is happening on a weekly basis in the Middle East. This is why I keep urging us not to see these reports as just statistics! These people are souls just like you and me! We also cannot imagine having to bury our dead in mass graves, yet that is what HOB is having to do in some of these areas to try to curb disease.

The Scriptures promised that this day would come! And here, those of us who are alive today, are the very generation that the prophets of old spoke of. We are today in the last of the “Last Days” of Biblical prophecy! By God’s grace, and through the sacrificial giving of people reading these stories, supplies could again be purchased so that the great communion services could be resumed. At least 12,000 believers are meeting in the six largest gatherings around the Middle East. This of course does not include the untold number of smaller groups scattered all over that are celebrating communion the same way. Praise God! All of the House of Blessing thanks those that have made this possible! These communion services are a powerful spiritual lifeline for believers who are living under the most atrocious conditions imaginable. Spending time over communion with other believers in Yeshua, the true Messiah, is the highlight of the week for all there. Again, thank you! God is good! 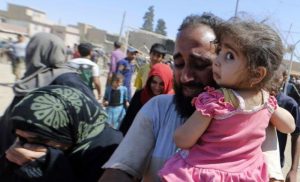 Folks, I have no way of delivering to your hearts what I feel in mine today. I depend on the Holy Spirit to do so. What is happening today is enormous. And…it is a major sign of the end of the age. Those of us who are followers of Christ are going HOME soon! I pray that we all realize that our short time on this earth is coming to an end, and very soon. Will we have been found faithful with what God has given us to use for His Kingdom? I pray so.  These Updates have never been written as fund raisers. Fund raising is not something the Lord has asked me to do. I have, however, made the arrangements to quickly transfer funds to the HOB missionaries when the Lord impresses anyone to give toward the work. The need is very great, especially for more Bibles…but, our God is much, much greater! Let’s all finish well!