This week’s Mideast Update is in two parts, to allow for this special story just in…

Robert Moffatt, a 19th Century Scottish Missionary, is noted to have said, “We have eternity to celebrate our victories, but only one short hour before sunset in which to win them.”  For the HOB missionaries in Syria and Iraq, those victories are often won on the whispered prayer, “just one more, Lord”; and the one short hour is oftentimes literally all that separates a soul from eternal death to life everlasting. That hour was reality for a man named Moshe in the Mosul area. 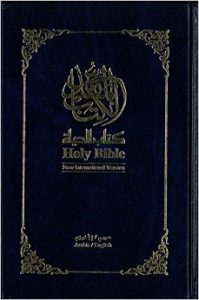 Akram and Mustafa carry the Word of God within them through the Mosul area, bringing the Good News to any ear that will hear.  It is clear that God will often, if not always, position them where eternity hangs in the proverbial balance for someone.  Following a bomb attack in western Mosul, they heard the screams of a man named Moshe who was seriously injured in the bombing, legs bleeding badly, body burned.  The House Of Blessing missionaries did what they could to stop the bleeding by wrapping the legs in clothing, but it was soon obvious that the man would not survive.  While trying to comfort him, they told the dying man of Yeshua and the salvation that comes through him.  Moshe asked what he must do to ask Yeshua for salvation, and he was led in the prayer that sets every sinner apart from condemnation. Within the hour, in that sunset hour for Moshe, he died at peace with Father God, having accepted the sacrifice of the Son on his behalf. One more soul was won for the Kingdom and all heaven rejoiced as the King of Kings welcomed him into eternal joy.

When the missionaries first found Moshe, they assumed that his screams were because of the pain from his injuries.  Moshe explained that his screams were for his wife and 7 children who had been killed in the bombing that would soon take his life also.  After receiving Yeshua and experiencing the peace that cannot be explained, he now cried for his family who had not heard of this salvation that the HOB missionaries had explained to him.  Then he pointed to a sack that was nearby and asked Akram to bring it to him.  He told Akram that he was at peace knowing that he was dying, knowing that heaven awaited him.  In the sack was money that he had been saving to help his family, but with his family gone, he wanted Akram to take the money for House of Blessing.  Perhaps other families would hear of Yeshua.

The money from that sack was enough to buy two lorries of wheat to feed refugees in Mosul and Fallujah with the remainder going to help the 56 widows rescued from ISIS.

There is an eternal perspective about life and death that we must grasp from this and the many similar stories we hear from HOB missionaries.  As believers, we know that physical death separates us from this earth, from our families, from our friends and those we love, but only for a short time.  But death without Jesus Christ separates those we love from God’s presence FOREVER.  Jesus did not downplay this message.  He was very clear about the eternal stakes that we gamble. He clearly said, “Unless you repent, you too will all perish.” (Luke 13:5).  The twelfth chapter of Luke is full of warnings, one of the most recognized being Luke 12:4-5:

“I tell you, my friends, do not be afraid of those who kill the body and after that can do no more.  But I will show you whom you should fear: Fear him who, after the killing of the body, has power to throw you into hell.  Yes, I tell you, fear him.”

Eternal separation from the God of all creation is hell. And the only way to the Father is through his son, Jesus, the Christ, the Redeemer of all who call on His name.  May awareness of this eternal reality persuade us, drive us, compel us to LIVE and preach the Gospel just as the HOB missionaries do every day they breathe. May the God of all creation strengthen and encourage us to do so also.