For those who watch news coming out of the Middle East, it seems that the stories of human misery and death never end. I can’t even imagine how it must be for the people who cannot find any way out of the constant turmoil and chaos. It must seem like a roller-coaster from hell that never comes to the end of the line.

What is happening in the Mideast, to one degree or another, is happening all around the world. There are demonstrations, riots, rebellions, political coups, civil wars, threats of wars, rumors of wars, maneuvering of military assets and buildups everywhere. These are just a few of the things Jesus said to watch for and recognize as signs that we are at the end of the age. There is a remnant of true believers all around this world that is praying the last phrase of Revelation 22:20: “Even so, come, Lord Jesus!” This is the prayer on the lips of the House of Blessing missionaries in the Mideast.

Syria has been going through a brutal civil war since March 15, 2011. As we near the end of 2019, the chaos and carnage has not come to an end. As the militaries of different nations continue to exert their influence and jockey for positions of power and control, not just in Syria, but in other nations of the Mideast, it is the innocents that are hurt the worst. This is why the missionaries and volunteers of the House of Blessing continue to put their own lives on the line. Their calling is to minister to the poor, the naked, the downtrodden, the hungry, the sick, injured, and dying—both physically and spiritually. 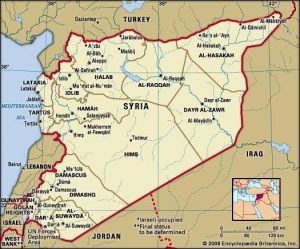 Hundreds of thousands of civilians ran for their lives from the Aleppo / Idlib and surrounding area. They ran north to the Syrian border with Turkey. When the Turkish military stormed over the border in order to establish what they called a security zone, the refugees had to run once again. This was also the case this past week in the eastern part of Syria. Those that fled found themselves running over explosives on the ground. Many were injured or killed. Included in those were a number of new converts belonging to the HOB community of believers. In one location HOB lost 7 women, 5 men, and 11 children. In another location, of those running from the Turkish military, 12 women and 7 children lost their lives.

Along with Turkey’s military, reports tell of over 1,000 ISIS militants that either escaped or were released from their prisons. Witnesses report the Turkish military arming them and allowing them to travel with them. The militants were seen shooting anything and everything that moved.

Sisters Mufiedah, Sarah, Fadwa, and the Widow Sisterhood have had their hands full dealing with the large number of critically injured. It is said that there are many thousands needing help. They do what they can but only God is big enough to meet such an enormous need.

Yet, in spite of all the chaos, there are still hundreds meeting all around the clock to celebrate communion and experiencing the power of the Holy Spirit who revives, encourages, heals and empowers them as they worship the Lord.

All across the Mideast, the HOB leaders continue to reach the lost, pray for those that line up for prayer, and teach and train the new believers. The large number of men who used to be Muslim, now disciples of Jesus, each continue to mentor at least twelve men at a time. 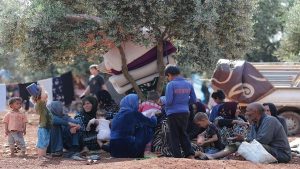 As winter comes on, the need for shelter is a growing problem. In many locations this will become a human catastrophe unless the people find some way to protect themselves from the elements. Another issue that leaders like Omar, Sami, Adel, and others are facing is the great fear of greater war. That is not hard to understand. But, this also provides a strong foundation on which to lay the groundwork to share the only Good News these people are likely to hear, and that is the love of God for them and the free gift of forgiveness of all sin and the promised inheritance of eternal life. It is a message they are desperate to hear and they are easily reached with it. But, the dangers are always there. There is no lack of those who are enemies of God and His servants.

In conclusion of this short update, please continue to keep the HOB missionaries in your prayers. They need our prayers, as well as our financial support, so that they can continue helping the helpless. Please continue to pray for their safety, provision, encouragement, strength and endurance, and of course, souls…many souls! It is God’s will to answer such prayers presented to Him in earnestness.

All of the House of Blessing, Pastor R, all of the HOB leaders, missionaries, volunteers, and the entire HOB community of believers send their greetings and heartfelt thanks for all your prayers and support! We will soon see what God has accomplished together when we are all gathered before the throne of our Messiah and KING. We will be amazed!