I am now coming to realize more and more as time passes, that not only is the intensity of world events increasing, but so is the intensity increasing with the work in God’s harvest of souls. For those of us who have direct contact with overseas missions, it is probably easier to recognize; it certainly is for me through my ongoing connection to the Middle East.

Numerous times I have used Scriptures within these updates which refer to how the prophets of God promised many centuries ago that there would be two special outpourings of the Holy Spirit, one which happened on the Day of Pentecost which empowered the Church to carry the message Jesus had left to the end of the earth; and a second outpouring which would be right at the end of the age. It is this second outpouring of the Spirit of God that we are seeing in many locations around the world today.

The great outpouring of the power of the Holy Spirit in Fallujah, Iraq is continuing, and keeps growing. I received a phone call this morning to hear of how Sister Fatima is extending the communion services that the brethren started holding in Fallujah after Brother Salem’s powerful sermon through which 250, and then an additional 200 or so new believers were added to the kingdom of God.  As of the last report from Fallujah, another 1,500+ have been reached with the gospel of Jesus’ death and resurrection. The 12 missionaries Brother Omar sent to work with Fatima were able to pray the sinner’s prayer with each of them and then they also took communion. As they shared in the communion service, many were healed, but all of them were baptized with the Holy Spirit. What an amazing outpouring is being experienced there in Fallujah.

At the same time, when these wondrous events are being experienced, the bombing is increasing. Tragically, another eight of Omar’s missionaries were killed while they were evangelizing. Many in Fallujah are being urged to evacuate. This means that people have to leave everything behind and try to find safety somewhere else. Our Christian brethren need our prayer support, as most will not want to leave. What God is doing there is something no one wants to see come to an end.

As was mentioned in the previous update, the HOB missionaries in both Kurdistan and Iran are now sharing communion with all of the new believers. The ingredients that were given to Sister Fatima are being used in these locations and God is performing amazing miracles wherever people are partaking of the communion! A great many of the new believers are also being baptized with the Holy Spirit, with the signs recorded in the book of Acts being imparted to each one. I believe that it won’t be too long until the outpouring of the Spirit of God will visit all of the locations where the HOB missionaries are serving!

Sister Mufiedah continues treating the war injured with the special mixture the Lord gave her so many months ago, and God continues healing. Just in the last few days, Mufiedah has led 60 to commit themselves to Messiah Jesus, and these 60 were also healed!

While Mufiedah and her trained widows continue ministering to the lost and injured, the refugee camp is still reeling from the last series of bombings by Russian and Syrian bombers which killed a multitude of people. Among them were at least 90 new believers, including seven of Mufiedah’s widows and at least 12 children. Some have been buried, but there are at least 46 waiting to be buried as of today’s report. As soon as there is a day warm enough to dig the graves with a tractor, HOB will see to it that the bodies are buried.

I also received the report that Sister Hafizeh and Ferial are continuing to open their tents for new believers to come and share communion with them. They have shared this communion made with the ingredients that Fatima has been sharing, with a multitude of people in the last few days. There have been 1,800 baptized with the Holy Spirit among the refugees they are directly working with!

Hafizeh and Ferial have decided to continue sharing this communion until God tells them differently. They now have confirmations of another 1,000-2,000 refugees that plan to gather. The former Muslim people are fascinated with the original Christmas story, and the missionaries are making the very most of the opportunity. Even though we know that Jesus’ birth was not really on December 25th, the story itself is every bit true, and it is being told again and again in the Middle East as I write this update. These people are committing themselves to the Lordship of Jesus Christ. In spite of hunger and cold, they are praising and worshipping the One that has set them free from the stain of sin and an eternity without God. Many today are experiencing something that those of us in the West are likely not to ever experience unless we were to find ourselves in the same circumstances. God is supernaturally intervening so that many of them are not feeling the cold, nor are they experiencing hunger. Is it possible that God can or would do such a thing today? It is hard for me to imagine, yet many of them are literally experiencing this intervention on their behalf today! Is anything too hard for God??

About two hours after receiving the first call today, I received a second call from Pastor R. He was so excited he could hardly contain himself! He half-told, half-sung what I am about to detail to you, the reader. R told me that HOB was able to get a lorry-load of wheat and some other supplies up to the refugee camp where Sister Mufiedah is located. The widows decided to put together a meal for as many people as they could. As they prepared this meal, dozens of Mufiedah’s widows walked back and forth, praying that God would multiply the food. The widows began preparing this meal about 4 PM yesterday, and by evening they had already fed several thousand of the people in the refugee camp! The amazing thing is, the amount of food prepared is not lessening! Right now as I write this update, they are still feeding more thousands of the people! As the widows continue believing the Lord to multiply the food, they are believing for enough food to feed the entire refugee camp of 45,000-55,000 people. From the last report, there is no reason to doubt that this is going to happen!

While the people are celebrating this Christmas meal as well as the original Biblical story, the excitement is growing because the refugees are watching a miracle unfolding like none they have ever seen! People are blowing trumpets, shofars, playing tamborines, singing and dancing!!  What an amazing series of events is unfolding in the Mideast today! As these people find Jesus Christ as their Lord and Saviour, they also are taking communion–with the same ingredients that the Holy Spirit gave to Fatima, and they are being healed and baptized with the Spirit! 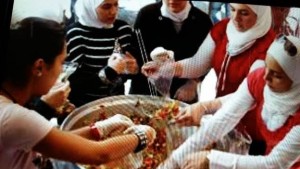 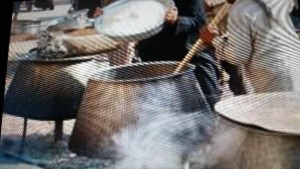 For those that may find such reports hard to believe, please remember Who it is that we serve! Our God is the Creator GOD, and nothing is impossible for Him! What is a miracle to us, is commonplace with Him! We need to put all of our hope, trust, and faith in Him!

After hearing of stories like this unfolding, can you now understand why the Lord needs to remove the “Restrainer” from the earth before the devil can bring the evil to fulfillment that is to come upon this planet during the Apocalypse? Even though many of us see a Church that is anemic and weak, overall, the Church is becoming mighty…so powerful through the outpouring of the latter rains that Scripture has promised, that the gates of hell truly cannot prevail against it! This is what is happening in the Middle East today! 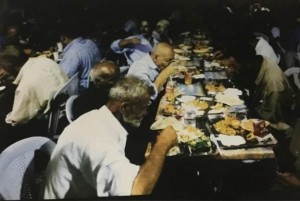 As all of these miracles are multiplying, the discipling of the new believers continues as well. All over the Mideast, tens of thousands of new disciples are learning about Jesus, the power of His Blood, how to walk out their faith, how to walk in intimacy with Him, and so very much more. The new believers are hungry for the Truth because they have never heard it! These new believers share Bibles between 60-100 people for each Bible and so make a point to memorize as much as they can. We have much that we can learn from our new brethren!

Jesus multiplied food so that it would feed multiple thousands of people in at least two recorded occasions. This very thing is happening today! What a privilege it is for us to be living in this time! You and I have been honored to have a part in this great move of God, if we choose to. God will call on us to pray especially at certain times so that we can have a little part in the great things God is doing today. I was awake several times this past night, finding myself praying for the HOB missionaries, but had no idea why it was so needed last night. Now, I know why, and I am sure that many of you were awakened as well. If you are willing to be part of this great move of God, He will touch you at special times of need as well. 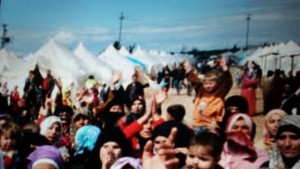 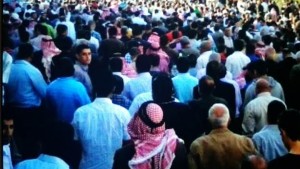 Please pass these stories on. They are literal stories, and they are happening today. The needs of course are very great. So many people…so many needs–for everything! But no need surpasses the ability of God to supply.  What a true honor it is that He often chooses to funnel His grace through us!