In 2 Corinthians 12:9 we find the words, “My grace is sufficient for you, for My strength is made perfect in weakness.”

Just before sharing a few details I received from the House of Blessing this morning, I would like to share a few thoughts that I pray might bring some encouragement.

Suffering in the Christian life is sometimes difficult to understand. Why does God allow bad things to happen to good people? We find examples of this throughout scripture, including the listing of heroes of the faith in Hebrews 11. Possibly one of the best recognized would be the ancient patriarch, Job.  I am sure most of us, if we are true believers in Jesus as Savior and Lord who have experienced at least some suffering throughout our lives due to our faith in Jesus. Even those in the West who had enjoyed more religious freedom than most places in the world, is watching a changing of the tide.

The Apostle Paul is a good example of suffering. Here was a man who, once he had encountered Jesus Christ, became one of the strongest adherents of the Christian faith in Christian history. Before he, by then an old man, was beheaded in Rome, he had founded many churches as he took his missionary journeys across much of the Roman Empire. He had written more than half of the New Testament, and only God knows how many souls were saved as a result of his ministry. The power of that ministry still continues today! A list of Paul’s sufferings is found in the well-known passage, 2 Corinthians 11:23-28.

Paul also was allowed to experience some amazing things that he could not–nor was he allowed to describe. In 2 Corinthians 12:1-6, he describes a man who had been taken into the third heaven and heard things that would be unlawful for him to repeat. The man he was describing was himself and the heaven he was talking about was the third heaven where God’s throne is located. Paul said that, although he might desire to boast of the experience he had had, he knew not to be such a fool. He didn’t want anyone looking at him as anyone more than a mortal man saved by the grace of God like anyone else who recognizes the Messiah.

Paul was given a “thorn in the flesh”. What was that thorn? There is a long list of ‘guesses’ by theologians over the centuries, but no one knows for sure, although I, as others, suspect it may have had something to do with his eyes. There are passages of Scripture that seem to indicate that possibility. The thing is…the apostle asked the Lord three times to remove this thorn. Whatever this thorn was, it was not just a little sticker in his thumb. It was something that Paul felt hampered his ability to serve God at 100%. God however did not heal him. Some think God did not answer Paul’s earnest prayer for deliverance from this thing. Wrong. God answered and said “No.” This may disturb some people’s theology a little, but this was Paul’s experience and to one extent or another, it is also the real life experience of many of God’s faithful followers today.

It is up to you how you react to what life seems to bring across your path. God blesses us abundantly but He also allows troubles, tribulations, and even persecutions. How do you react when you get squeezed? Is it honey that is squeezed out or lemon juice? Jesus promised Paul that His grace was sufficient for him, even with the thorn. He also said that His strength would be made perfect in Paul’s weakness. That is a good word for us all, especially in the day and hour we live in today!

Now to the House of Blessing…

It was because of the many things Pastor R and the HOB missionaries have gone through over the years that caused me to address “suffering”. Pastor R, especially, has gone through some horrific ordeals. There were many times when we didn’t know if he would live through what had happened to him, but God always brought him through. The latest attack on his person was by means of poison. The hospital didn’t confirm to him what they had found until yesterday. It was apparently a powerful poison and it nearly killed him. He said he knows who the source was but no one knows how it was delivered to him. It was either in his food or in his tea. The source is a powerful military officer that HOB has run into before. He is not Syrian, Iraqi, nor Iranian, in fact, not middle eastern. Best left right there…

Pastor R has lost a lot of weight and still can’t keep anything down but he is doing better. He had not been able to talk well enough to call me until this morning (3/1/22}. He asked me to offer his deep gratitude to all who have prayed for him. Please continue to pray that the damages caused by the poison continue to heal up as they should. Our friend is anxious to get back to ministering to people as he had been accustomed to before this latest hardship. Many wonder, in light of all the miracles happening in the Middle East and with all the miracles prayed for by HOB missionaries–including witnessing the dead being raised, why Is Pastor R still in a wheelchair these last eight years? I wish I could answer that, but he has had angelic visits that have told him that God has a reason for it. Only God knows that reason, but maybe it is not so different than what the Apostle Paul experienced with his “thorn in the flesh”??

The work of the missionaries has continued as they have been all along. As they have supplies, they distribute them as the Lord gives direction. ( See a few photos below). When there are no supplies, the work of ministering to the people continues anyway, knowing that the Lord will supply as He decides. It is He that is the Lord of the Harvest, not any of us. God provides and multiplies, then gives the strength and means to distribute, all the while providing the anointing to minister to the people. God is good!!

There is a growing awareness that Jesus is returning for His faithful ones very soon. Most of us are aware of the war that is unfolding between Russia and Ukraine. It is very possible that this conflict will not stay contained in and around Ukraine. This likely will grow to something bigger, maybe much bigger. Many nations have their militaries on high alert for the possibility of widening hostilities, including the use of weapons of mass destruction—the nuclear variety, and or possibly weapons not yet seen by the world.

There are thousands of Russian troops in Syria and Russia’s military presence seems to be becoming stronger. HOB missionaries are well acquainted with the devastation caused by Russian bombers, missiles, and mortars. The House of Blessing has lost many missionaries during Russian attacks. The uptick in Russian movements in Syria is a threat of greater difficulties just ahead. Please keep all of HOB in your prayers.

We know from Bible prophecy that Jesus said these things would come to pass. He also said that the generation of people who witness the rebirth of the Jewish nation would see all things fulfilled, including His return. Jesus made us a promise multiple times that God’s wrath against a wicked world was not meant for His faithful remnant Church. The true Church is very near its ultimate deliverance, the “Harpazo” as it is called in Greek—the “Rapture” in English—the “catching up”, or “snatching out” is imminent

Until we experience that glorious event, we are to continue as salt and light in this dark world. Let the Lord’s strength be made perfect in your weakness. If you wonder why the Lord has not answered a specific prayer, allow for the fact that He may have greater things in mind even with the infirmity or whatever the situation is. Sometimes God says “No” for His own good reasons. All He asks of us is to trust and obey, just as the old hymn says.

In conclusion I’d like to leave you with the lyrics of a song written by the Christian music group “Mercy Me”. I pray that the words encourage someone today. It is titled, “EVEN IF”

They say sometimes you win some,

Sometimes you lose some

I’ve stood on this stage night after night

Reminding the broken it’ll be alright

When there’s nothing to bring me down

But what will I say

When I’m held to the flame

I know You’re able and I know you can

Save through the fire with your mighty hand

But even if You don’t

They say it only takes a little faith

To move a mountain

A little faith is all I have, right now

But God, when You choose

Oh give me the strength to be able to sing

It is well with my soul

I know You’re able and I know You can

Save through the fire with Your mighty hand

But even if you don’t

My hope is you alone

Would all go away if you’d just say the word

But even if You don’t My hope is You alone

All of my days

Jesus, I will cling to you

‘Cause I know you’re able

I know you can

I know You’re able and I know you can

Save through the fire with Your mighty hand

But even if you don’t

Would all go away if you’d just say the word

’But even if You don’t

It is well with my soul

It is well, it is well with my soul 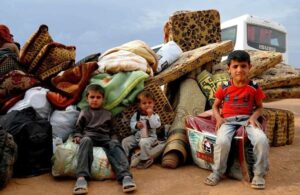 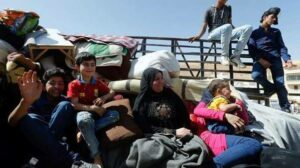 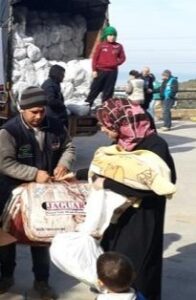 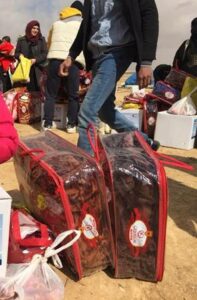 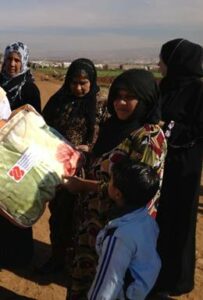