The Muslim day of Ramadan ended Friday, the 17th of July this year. I received a phone call from Pastor R***** with glowing reports from the different areas that the House Of Blessing missionaries have been scattered during this year’s Ramadan. As regular readers of this blog already know, this time of Ramadan has been a special time of soul harvesting for HOB missionaries for several years now. This year has turned out to be one of those times once again.

Every year at this time, we find ourselves wondering if this is in fact the last Ramadan before Jesus calls His remnant Bride home. In light of world events and the growing ominousness due to the confluence of important dates and events this fall, it may very well be so. But, as the Lord has shown so many lately, seeing that this is the last lap of the race, we must run it with everything we have. It is now “sprint” time. The finish line is just ahead.

In the last three days before Ramadan was over, Mofidah and about 45 of the “Widow Sisterhood” women worked nearly impossible hours every day, treating hundreds of war injured victims. As they ministered with what medical help they could offer and seeing many healed outright through the prayer of faith, these women also shared the love of God with them by telling them the story of Jesus Christ, the true Messiah. In these last three days, over 300 prayed the sinner’s prayer with the widows!

As I mentioned in previous updates, it has become a very dangerous thing to meet in groups of any size. Right at the end of Ramadan however, two large gatherings were put together. One of these large meetings was in Iraq and the other in Syria. At the bottom of this update, please find two photos that were taken and forwarded to me, one at each of these large gatherings. The main speaker at the gathering in Iraq was brother Omar but I don’t have the name of the main speaker in the Syria gathering. In both nations, the people were so very hungry to hear real truth that they took the chance to meet under such dangerous conditions. The outcome was that approximately 5,000 prayed the sinner’s prayer in each nation! As you can see in the photos, those that gathered were all men. This means that each one of these men went home and shared the miracle of true forgiveness and an eternal destiny change they just experienced with their families. For those that are heads of households, there is a very strong chance that their whole family and extended families will also make the same commitment to become a follower of Messiah Jesus! This has been a common outcome in the past three years.

While Pastor R***** was telling me these things, I could hardly contain my own excitement, and I know if R***** had not been confined to a wheelchair, he would have been jumping up and down and dancing with joy! This is what he and the missionaries of House of Blessing ministry live and die for!

In addition to the news from Mofidah and the news from the large gatherings in both Iraq and Syria, reports have come in that about 1,000 people were reached in the Kurdistan area and an additional 800 in Iran within the last couple or three days before the end of Ramadan! What a harvest it was and what celebration there was in Heaven! In the last moments of this age, great multitudes who have been in the valley of decision have become followers of the one and only true Messiah, Jesus Christ–and that, in one of the most difficult areas on this planet!

One other thing that has been an unexpected blessing this last four weeks is that relatively few of HOB’s missionaries were lost due to the violence of the war, and jihadist attacks on the Christians. Regular readers of this blog are used to reading of the martyrdoms of so many missionaries with nearly every single Mideast Update. But, it seems that the strategy the Holy Spirit gave to the leadership of HOB for this last month during Ramadan has been very successful. But, we need to keep them in prayer every single day. Christians continue to be the favorite target. The enemy of our souls is showing his rage against those who dare proclaim Jesus Christ as their Messiah.

Many readers of this blog have likely read “Foxe’s Book of Martyrs.” I have this book in my personal study library and have read it several times, each time receiving a new touch from the Spirit of God. Yesterday I read the story of John Foxe himself in a different book, and the legacy he and his wife left, often having to run for their lives. Through the research he did, he wrote this book which has become one of the most treasured books in more Christian homes than most any other book other than the Bible. From the history of the last two thousand years of church history, a thousand books like it could be written if not a hundred times that. When we all meet in the presence of our Lord and King, we will be able to meet and fellowship eternally with all of these wonderful people who left such a strong testimony of their love, devotion, and commitment to Jesus Christ, the KING of Kings and LORD of Lords. Many of these stories will be told by House of Blessing missionaries. I am humbled to have had the privilege of being involved with such a missionary outreach at such a time as this!

I once again want to thank each and every one of you that have prayed for HOB and also those that have so faithfully supported this ministry so that Arabic Bibles could be printed and distributed to so many thousands of the people in Syria, Iraq, Kurdistan, and Iran. I pray for God’s abundant blessings on you all. God sees and keeps very good records!! 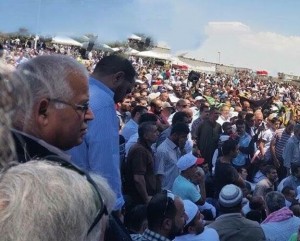 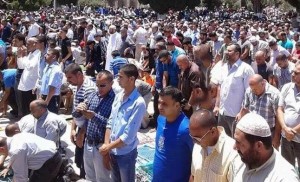