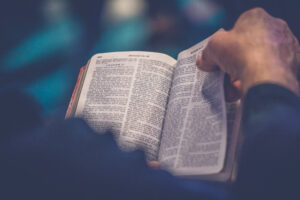 Below is a ‘word for word’ reprint of an article written by Gary, one of the founders of the excellent website, “UNSEALED”. I found it to have many reminders of why we as believers have much to be encouraged about at this late hour. It is a perfect time to REMEMBER what the Word of God has told us about this time. and be greatly strengthened as we live in great expectation of the imminent return of Jesus, our Messiah and KING! He is us, His faithful remnant of believers, He is coming for— as He has promised! Let your faith be strengthened as you read…

The Philadelphian Church of grace alone through faith alone in Christ alone for the glory of God alone is the patiently enduring Church (Rev. 3:10). It’s the Church that knows the simplicity of the gospel and can discern the twisted lies from both lawlessness and legalism. It’s the Church that has crossed the threshold from unbelief to belief. We no longer walk by what we see, but by our faith. We know what God has promised and we know that the One who promised is faithful. He will keep His promises.

And Abraham’s faith did not weaken, even though, at about 100 years of age, he figured his body was as good as dead—and so was Sarah’s womb. Abraham never wavered in believing God’s promise. In fact, his faith grew stronger, and in this he brought glory to God. He was fully convinced that God is able to do whatever He promises. And because of Abraham’s faith, God counted him as righteous. (Rom. 4:19–22)

When I see creeping doubts among many regarding whether Jesus is coming soon, I have to ask: what Bible are they reading? Are they trusting their eyes or God’s promises? The words I read leave no room for doubt:

Besides this you know the time, that the hour has come for you to wake from sleep. For salvation is nearer to us now than when we first believed. The night is far gone; the day is at hand. So then let us cast off the works of darkness and put on the armor of light. (Rom. 13:11–12)

A revelation of Jesus Christ that God gave to Him to show to His servants what things must quickly come to pass . . . (Rev. 1:1)

Blessed is he who is reading, and those hearing the words of the prophecy, and keeping the things written in it, for the time is near! (Rev. 1:3)

And he said to me, “These words [are] steadfast and true, and the LORD God of the holy prophets sent His messenger to show to His servants the things that must come quickly. Behold, I come quickly; blessed [is] he who is keeping the words of the prophecy of this scroll.” (Rev. 22:6)

Jesus said this generation would not pass away until all these things be fulfilled (Mt. 24:34). According to Him, the things to be fulfilled include His second coming at the end of the Great Tribulation. Now you could take “this generation” to refer to those literally listening to Jesus as He spoke the words circa 30–33 AD as preterists do, but that requires dismissing what Jesus said would happen. Jesus said He would be coming back in the sky, with the clouds, and angels would come with the sound of a mighty trumpet reverberating through the air. He said it would come to pass on the heels of the worst time in human history, after the stars of Heaven fell and the powers of Heaven were shaken (cf. Rev. 12:7–9).

And Jesus’ utterance of “this generation” would have caused His disciples to hearken back to the end-times prophecies they knew. You see, they had no New Testament. They didn’t have 1st and 2nd Thessalonians, 2 Peter, or the Book of Revelation. They didn’t have J.D. Farag, or Jack Hibbs, or Unsealed.org. They had the Prophets and they had Deuteronomy. Deuteronomy, specifically chapters 31–32, would have been their foundation for understanding how the end times would unfold. And when they heard Jesus say “this generation” they would have immediately connected this to the prophetic Song of Moses they were much familiar with:

. . . for I have known that you act very corruptly after my death, and have turned aside from the way which I commanded you, and evil has met you in the latter end of the days, because you do evil in the eyes of YHWH, to make Him angry with the work of your hands. . . . (Deut. 31:29)

They are corrupt and not his children; to their shame they are a warped and crooked generation. . . . And He says: I hide My face from them, || I see what their latter end [is]; For they [are] a contrary generation, || Sons in whom is no steadfastness. They have made Me jealous by [what is] not God, || They made Me angry by their vanities; And I make them jealous by [what is] not a people [THE CHURCH], || I make them angry by a foolish nation [THE GENTILES]. For a fire has been kindled in My anger, || And it burns to the lowest [part] of Sheol, || And consumes earth and its increase [2 PETER 3], || And sets on fire [the] foundations of mountains. I heap calamities on them [21 TO BE EXACT!], || I consume My arrows on them [FIRST SEAL]. Exhausted by famine [THIRD SEAL], || And consumed by heat and bitter destruction [FOURTH BOWL]—I also send the teeth of beasts on them [FOURTH SEAL; ALSO REV. 13!], || With poison of fearful things of the dust [FIFTH TRUMPET]. The sword destroys from outside [SECOND SEAL], || And out of the inner-chambers—terror [FIFTH TRUMPET], || Both youth and virgin, || Suckling with man of grey hair. I have said: I blow them away, || I cause their remembrance to cease from man; If I do not fear the anger of an enemy, || Lest their adversaries know—Lest they say, Our hand is high, || And YHWH has not worked all this. For they [are] a nation lost to counsels, || And there is no understanding in them. If only they were wise, || They would deal wisely [with] this, || They would attend to their latter end! (Deut. 32:5, 20–29)

Remember what you already know. Don’t get blown off course. Remember why this generation is our generation: 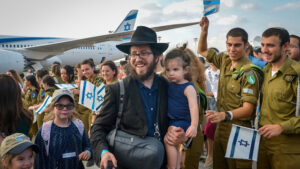 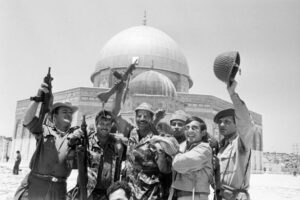 5. The primordial world government and beast system are already in place via the             network of historically unprecedented global institutions like the United Nations,             World Bank, World Health Organization, World Economic Forum, International               Court of Justice, and so forth. 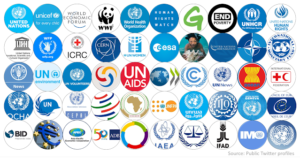 6. Earth-dwellers are living through the convergence of every dystopian novel ever             written. The global pandemic has only hurried the furtherance of #5 along. Every           day we see new elements emerge from the predictive programming in Orwell’s               1984,Terminator, Minority Report, War of the Worlds, Soylent Green, Ready Player        One, The Giver, The Matrix, and many others. 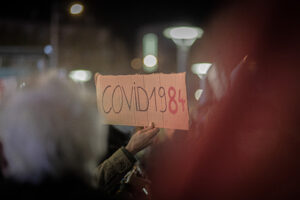 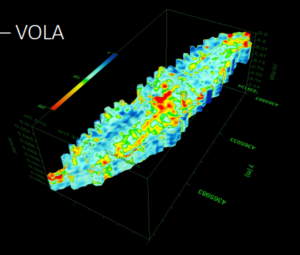 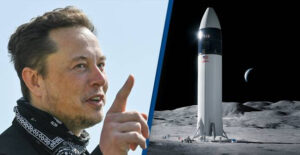 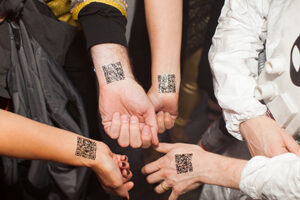 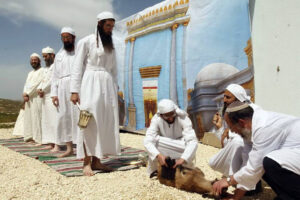 If you’re not living under a rock and have been watching for much length of time, you know full well that this list could be virtually endless. I’ve written Top 10s and Top 20s. I’ve made word clouds with fifty things. It boggles the mind how obvious it is. We’re there. And we’re going home. If you haven’t placed your faith in Jesus—the One who delivers us from the wrath to come—you’re not coming with us. Please come! The gift of His forgiveness and righteousness is completely free. He offers eternal life free of cost. Just take hold. Just board the Ark.